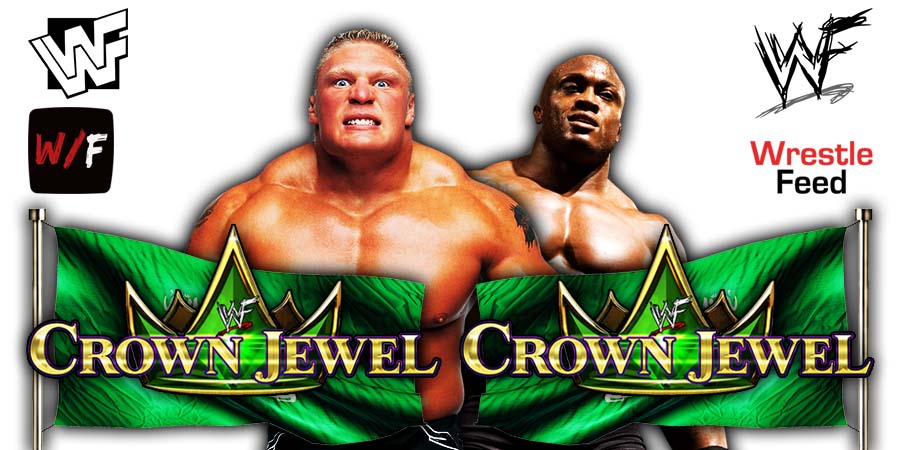 We previously reported that former WWF/WCW writer Vince Russo wasn’t a fan of how WWE booked the brawl between Brock Lesnar & Bobby Lashley on Monday’s RAW.

Now, WWF Veteran Jim Cornette has revealed that he wasn’t a fan of how Lashley ended up looking after getting the upper hand in this fight either.

So maybe Brock’s shocking return, the shocking thing about it was he’d come out all smiles like we last saw him and Lashley would f**king sodomize him.

Instead now, [the fans] love Brock, and he was the babyface but now he’s come back and switched heel apparently, by just suckering and attacking Bobby Lashley for whatever f**king reason.

Except the people cheered him because they still like him. And meanwhile poor Bobby, he looks like a Greek God and he’s stuck trying to act like an ice cream man.”

Also Read: Bobby Lashley Wanted To Get Fat By Putting On 70 Lbs For A Depression Storyline

– Jim Duggan vs. The Gambler