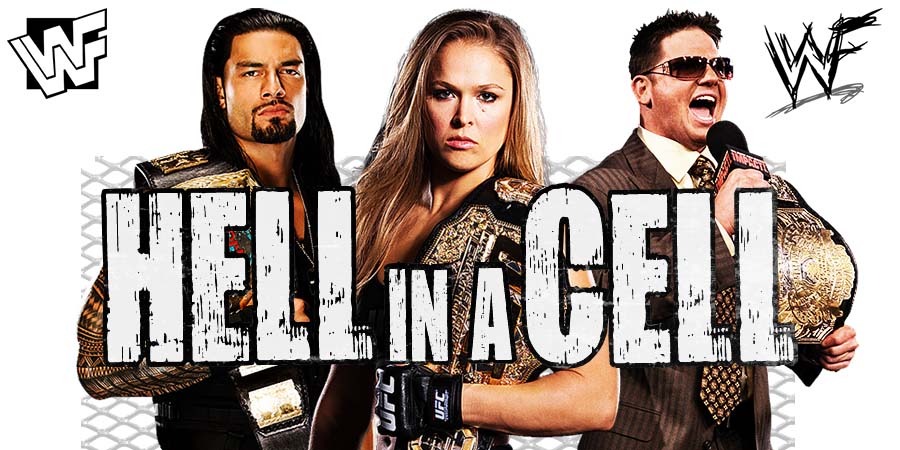 Up next is the Mixed Tag Team match. Maryse & The Miz make their way out first, followed by Brie Bella & Daniel Bryan.

After back and forth action, Brie tags in, but Maryse refuses to enter the match. The Miz enters the ring and tries to save his wife, but Brie ends up punching The Miz repeatedly.

The match ends when Maryse pins Brie to win the match for her team.

The IT Couple does it. #HIAC pic.twitter.com/STI759Y4cV

Up next is the RAW Women’s Championship match between “Rowdy” Ronda Rousey and Alexa Bliss. This is Rousey’s first televised Title defense in WWE.

The match begins and Ronda shows off her technical skills which are growing every day.

Ronda throws Alexa face-first across the ring. Ronda is now looking to lock-in the Armbar already, but Mickie and Alicia pull Alexa out of the ring.

Alexa is now targeting Ronda’s ribs (which he hurt on RAW).

Ronda goes for her version of the Samoan Drop, but she can’t as her ribs suddenly hurt. Alexa lands her knees into Ronda’s ribs.

The ribs are a PRIME ? for @AlexaBliss_WWE against #RAW #WomensChampion @RondaRousey! #HIAC pic.twitter.com/0t1kHvOU69

Alexa hangs up Ronda on the top turnbuckle and hits a dropkick right in Ronda’s ribs. Alexa goes for the cover, but Ronda kicks out at 2.5!

Alexa now stretches Ronda on the ring post and when Alexa goes back into the ring, Mickie and Alicia stretch Ronda. This leads to Natalya coming to Ronda’s aid.

Alexa is now taunting Ronda by doing ‘grrrrrr’ and Ronda is back into the fight and now she literally does ‘grrrrrr’ and nails a Gutwrench Powerbomb!

Ronda now nails the Rolling Senton. Ronda locks in the Armbar and Alexa immediately taps out!

#AndStill!@RondaRousey RETAINS the #RAW #WomensTitle by making @AlexaBliss_WWE TAP OUT to the #Armbar! #HIAC pic.twitter.com/xrP7yTBmvK