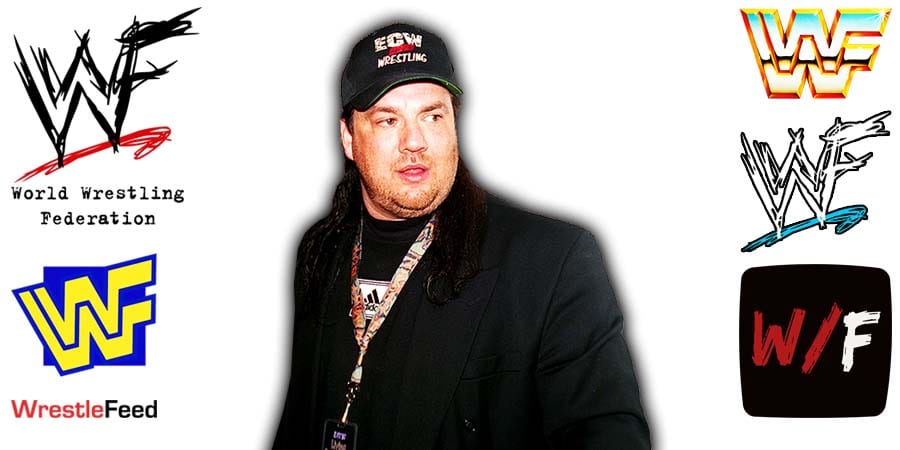 Moss is currently a comedy wrestler on SmackDown, but Paul believes he will be a main eventer in WWE one day.

“Riddick Moss is going to be a star. I don’t think anyone has a clue with just how capable he is. He’s demonstrated that he can walk into any personality that he is assigned at the moment.

When Riddick Moss has the emergence out of his shell and into his next incarnation, the same way The Big Dog elevated his game and evolved into The Tribal Chief.

Riddick Moss’ next iteration in WWE, there will be no stopping him. He’s a main eventer.”

Also Read: “I don’t understand why they would be so hot” – Kurt Angle On Goldberg & Brock Lesnar Being Unhappy About Being Mentioned In TNA

It was broadcasted from the North Charleston Coliseum in North Charleston, South Carolina and featured pre-taped matches & storyline segments on the road to the ‘WWF No Way Out 2001’ PPV.

5. Val Venis, Bull Buchanan, The Godfather & Ivory vs. The Acolytes, Jacqueline & The Kat