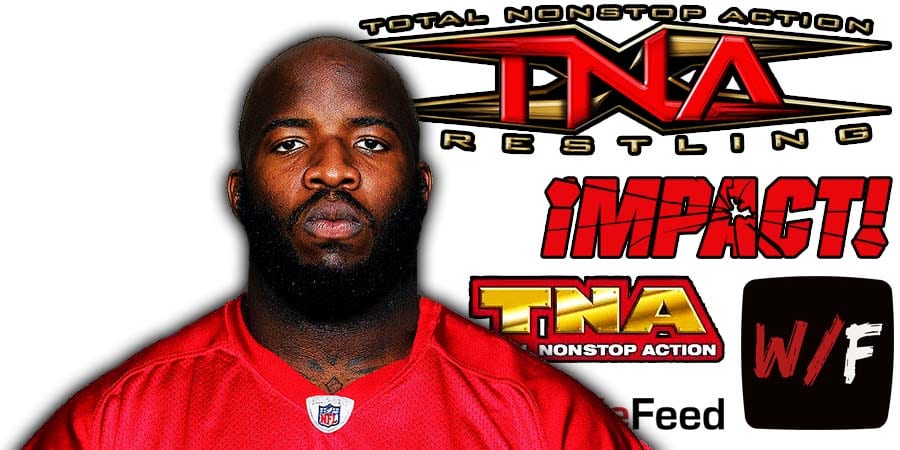 • How Close Was WWE To Signing A Former TNA World Champion Recently?

We previously reported that WWE was close to signing IMPACT Wrestling Superstar Moose (aka NFL Veteran Quinn Ojinnaka), before he ended up signing a new deal with IMPACT.

Here’s what the Wresting Observer is reporting about this:

“There was a story going around that Moose had gotten a WWE main roster offer but ended up turning it down to stay here.

We were told that there were talks, as there would be since his contract was running out. But from the WWE side, they were looking at NXT first, and however things went down, Moose ended up staying here.”

Moose has been wrestling for IMPACT Wrestling since 2016 and recently signed a new 2-year contract extension with Dixie Carter’s former company.

Today would have been the 95th birthday of Old School Wrestling Legend The Crusher (Real name: Reginald Lisowski).