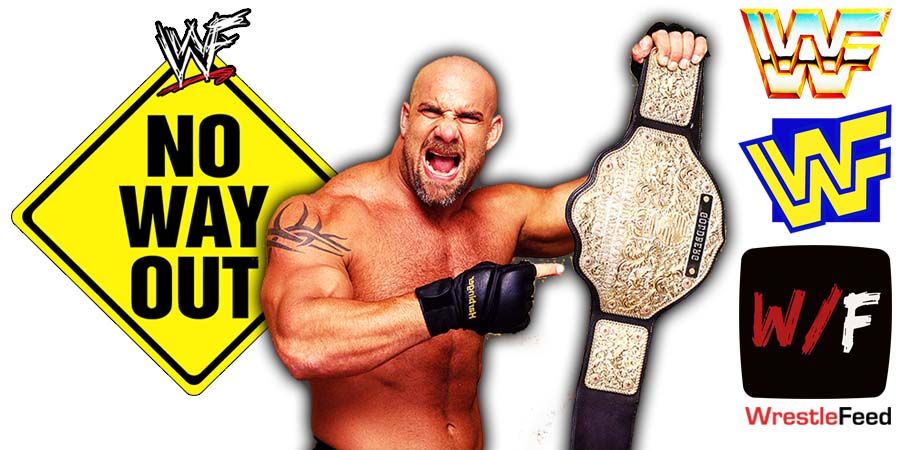 The Elimination Chamber 2022 premium live event is scheduled to take place in Saudi Arabia on February 19, and it will be the final PLE before WrestleMania 38.

According to Fightful Select, WWE Hall of Famer Goldberg is scheduled to return for this event.

Goldberg is set to face Roman Reigns for the Universal Championship.

This match was originally scheduled to take place at WrestleMania 36, with Goldberg being the champion at that time. However, the match got nixed a few weeks before the show because of Reigns pulling out of the event due to COVID-19 and other family concerns.

This match will be Goldberg’s final match of his current WWE contract. After this, Goldberg is going to get a shoulder surgery.

With Goldberg’s contract expiring after this and WWE already announcing Roman Reigns vs. Brock Lesnar as the main event of WrestleMania 38, we all know what to expect in this Dream Match.

Also Read: Backstage News On If Roman Reigns vs. Brock Lesnar Will Be Title For Title At WrestleMania 38

It was pre-taped at the Joe Louis Arena in Detroit, Michigan and featured pre-taped matches & storyline segments on the road to the ‘WWF No Way Out 2000’ PPV.