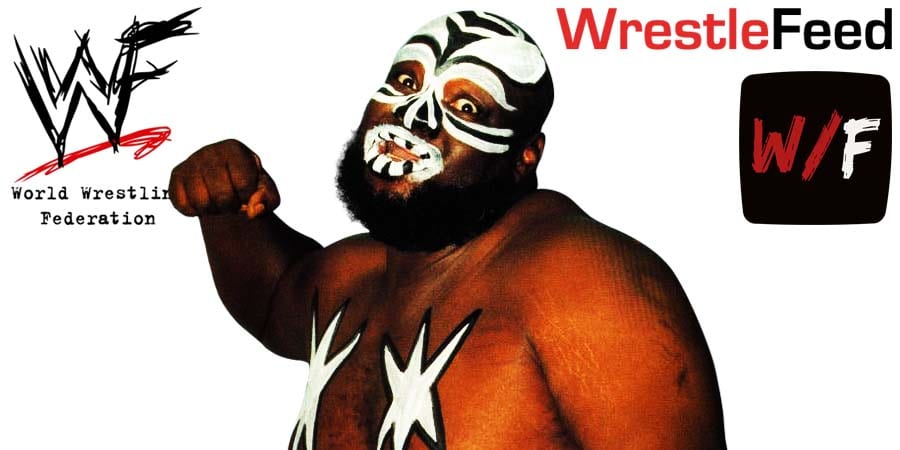 The Goon vs. Doug Allen

WWF Legend Kamala (real name: James Harris) passed away at the age of 70 on Sunday afternoon.

Kamala’s wife confirmed to ESPN’s Jason King that he tested positive for COVID-19 this past Wednesday. He had been facing health issues over the past decade, so catching COVID-19 probably just made things worse for him.

“Spoke w/ Kamala’s wife. He tested positive Wednesday for COVID which he likely contracted from one of his numerous weekly visits to the dialysis center. Was hospitalized Wednesday night & seemed fine & in good spirits this morning. Went into cardiac arrest & passed this afternoon”

Spoke w/ Kamala’s wife. He tested positive Wednesday for COVID which he likely contracted from one of his numerous weekly visits to the dialysis center. Was hospitalized Wednesday night & seemed fine & in good spirits this morning. Went into cardiac arrest & passed this afternoon

Below is how wrestling legends reacted to Kamala’s death:

Very sadden by the passing of Big Jim”Kamala”,like everyone else I would always ask if it was ok to take the leg drop for the finish as requested by the office.Jim would always say “let’s just keep making that money”,he was such a kind soul,RIP big brother,only love4U HH

Saddened to hear the news of the passing of the great #Kamala……. first wrestler I had the pleasure of seeing live. I was a believer. ??

I have been working on an article about James “Kamala” Harris since I learned of his passing just few hours ago.

I hope it’s an article befitting the giant of a man he was – both in and out of the ring. #RIPKamala pic.twitter.com/tIHof47m1N

So sorry to hear about the passing of Kamala.  His passion for entertaining a crowd was second to none. Thoughts and prayers go out to his family, friends, and fans, much love. Rest in peace.

The Ugandan Warrior Kamala was an amazing performer
I enjoyed all of his stuff
A character like that can never exist in todays world
Sad to hear his passing pic.twitter.com/HbkJJYozAU

Sorry to hear a legend has passed. I had the pleasure of meeting Kamala couple of times always a tremendously nice man. #RIPKamala pic.twitter.com/4QgYJ2oMV6

We are saddened to learn of the passing of Kamala. We send our deepest condolences to his friends and family. pic.twitter.com/7wGbDdc8NS

Rest in Peace Kamala! Just as much as he was a scary in ring, he was a sweetheart in real life. He informed me I had knocked out a tooth on a clothesline. After I apologized profusely he informed me he was set to get it pulled anyway and I saved him $30 lol Rest easy my friend… pic.twitter.com/Sd2x1HKo0R