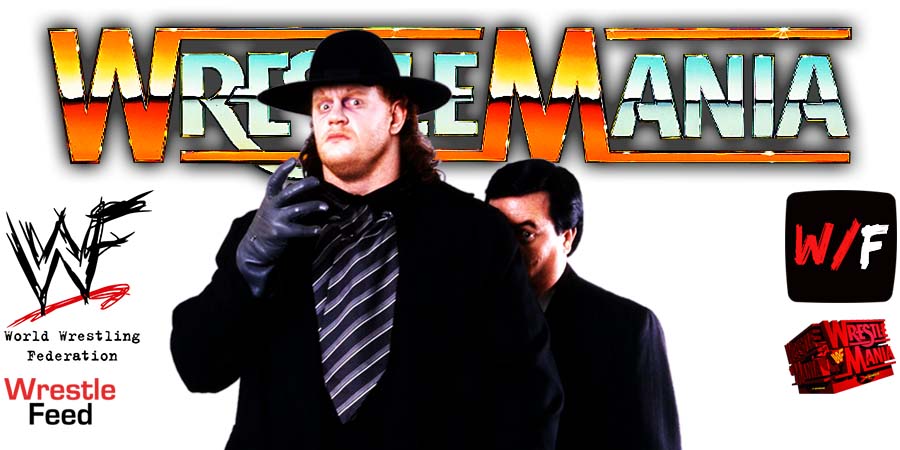 During a recent episode of his podcast, WWE Hall Of Famer Jim Ross talked about The Undertaker’s 21-0 undefeated WrestleMania streak, simply known as The Streak.

The Streak came to an end in 2014 at WrestleMania 30, when Brock Lesnar defeated Undertaker after hitting 3 F5s in their match.

According to Good Ol’ JR, The Undertaker should’ve retired undefeated at WrestleMania:

“You know, Vince was very protective of that Streak until Lesnar broke it, and that helped Brock immensely, quite frankly. And I couldn’t believe it when I saw it because I was not one for bidding for ending The Steak.

I believe The Streak should still be intact to this very day. That’s just me being an old school guy who likes those kinds of things. It’s solid, and it’s real and so, anyhow. I’m a big believer in things like that.

So when Undertaker lost The Streak, I was a little disappointed.”

In the end, The Deadman retired with a WrestleMania record of 25-2, with his second loss coming against Roman Reigns in the main event of WrestleMania 33 in 2017.

Also Read: Former WWE Champion Was In The Conversation Of Who Will Break The Undertaker’s Streak