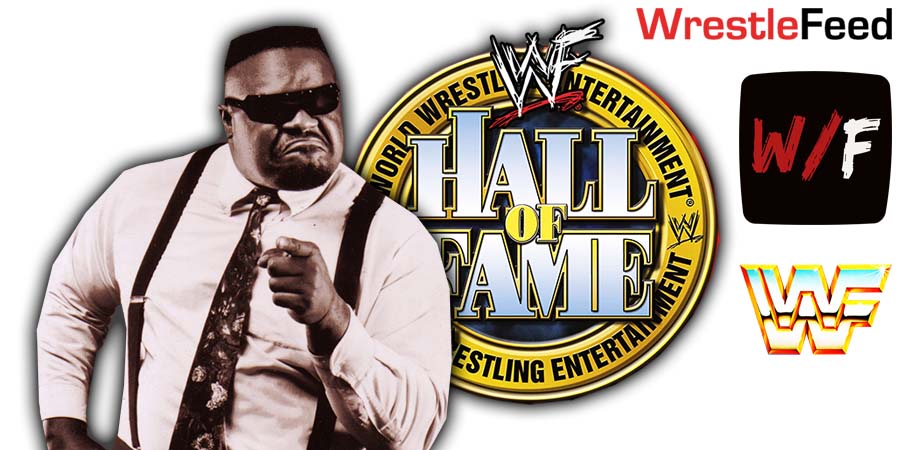 • “I deserve to be in there more than anybody else” – Mr. Hughes On The WWE Hall Of Fame

During an interview with WSI’s James Romero, former WWF wrestler Mr. Hughes talked about his feud with The Undertaker in 1993.

While talking about The Deadman getting inducted into the WWE Hall Of Fame, he said he’d like to be inducted too:

“It was awesome working with the guy. Nice guy, and for him to finally [join the WWE Hall of Fame], because I think it was him that decided, ‘Yeah, go ahead, put me in the Hall of Fame, I’m ready now.’

I’m looking forward to getting in there one day myself. I deserve to be in there more than anybody else.”

To prepare him for a feud with The Undertaker, Vince McMahon booked him, Ted DiBiase and IRS to defeat Kamala & The Nasty Boys, with Hughes getting the pin on Kamala.

Below is what Hughes said about this:

That’s what Vince told DiBiase, ‘No, we’re gonna get it on Kamala. I got plans for that dude.’ After that, that’s when The Undertaker thing happened.”

The Undertaker defeated Hughes in every match they had, both on TV and at House Shows.

Also Read: Vince McMahon Turned Down Hall Of Famer’s Pitch To Win Both The WWE Title & World Title At WrestleMania 20

On this day in 2009, we lost legendary Old School Wrestler “Playboy” Buddy Rose (Real name: Paul Perschmann) at the age of 56 due to diabetes.