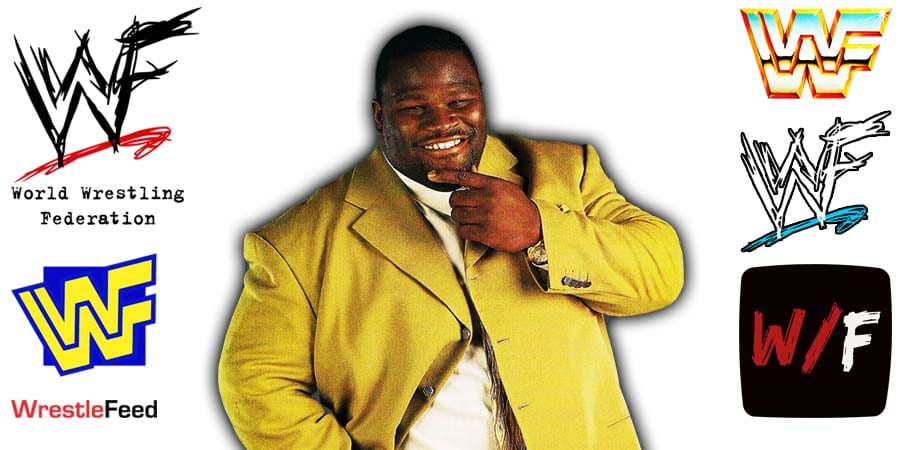 During a recent episode of Booker T’s weekly podcast, WWE Hall Of Famer Mark Henry revealed that he plans on returning to WWE TV and actually get into the ring for another pro-wrestling match.

Henry has not wrestled an actual match since the 2018 ‘Greatest Royal Rumble’ in Jeddah, Saudi Arabia, with his last singles match happening in early 2017.

Here’s what the World’s Strongest Man had to say about a potential comeback:

“There’s a lot of kids that didn’t get to see me wrestle, that they only saw me on YouTube, it’s been enough time that is passed.

Also, I quit before I had a last match.

Before I waved to everybody, I had the pink jacket on, I’m sorry I lied to y’all that I was leaving and retiring, I own it.

But I did not get that match where you go and pay tribute to the fans and you go and wrestle somebody that’s up-and-coming, that’s talented and you give them what we call ‘the rub’.

I didn’t do that and I feel guilty, that’s why I’m doing it.”

It was broadcasted from the Broome County Arena in Binghamton, New York and featured matches, interviews & storyline segments on the road to the ‘WWF In Your House 15: A Cold Day in Hell’ PPV.

1. The Sultan vs. Ahmed Johnson

5. The Undertaker vs. Hunter Hearst Helmsley