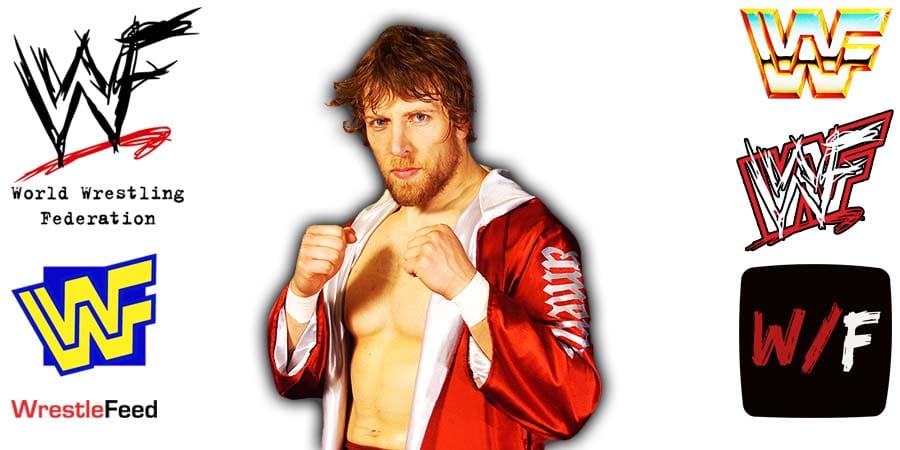 During a post-WrestleMania 37 interview with BT Sport, SmackDown wrestler Daniel Bryan revealed that his WWE contract is set to expire soon, and he’s trying to figure out what’s next for him.

“So my contract’s actually up relatively soon. I’m still trying to figure out what I’m doing with my life (Bryan chuckles).

I’m going to be 40 soon with two kids. I’ve been on lone dad duty. Brie [Bella] had a couple days with the girls. I was like, ‘Oh my gosh, Brie has this every week!’ With one kid, I don’t want to say it’s easy, but throw in two kids and one of them being a baby baby and it’s just like, oh my gosh, I’m juggling all these things.

There’s that, and I just love spending time with my kids, and sometimes I feel like being on the road every week — you leave. You come back. When you come back, you’re tired.

I didn’t drink coffee before we had our daughter. I still hate the taste of it, but when I come home on a Saturday, I coffee up.

I got this last week off of TV and the difference in energy that I have for my kids is like, whoa, this is really nice, but I don’t know what I’m doing with my life. I’m still trying to figure it out.”

Bryan recently noted during the WrestleMania 37 meet & greet that he wants to wrestle outside of WWE.

Also Read: Daniel Bryan Says He Wasn’t Needed In The WrestleMania 37 Main Event, Tried To Get Out Of It

He’s also well remembered for a famous Piper’s Pit episode, where Roddy eventually beat him up.