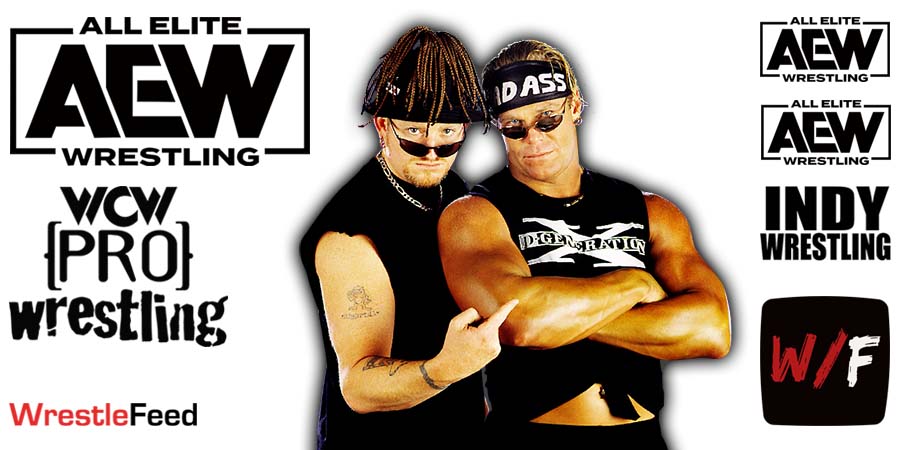 • “I felt bad for Billy. It didn’t need to be said” – Road Dogg On Triple H Calling AEW A ‘Pissant Company’

During the 2019 WWE Hall Of Fame induction of D-Generation X, Billy Gunn was already signed by Tony Khan’s All Elite Wrestling, so he wasn’t too thrilled when Triple H jokingly said that Vince McMahon would “buy that pissant company, just to fire you again”.

“The Road Dogg” Jesse James (Brian Armstrong) used to team up with Billy (as The New Age Outlaws in WWF/WWE and The James Gang / Voodoo Kin Mafia in TNA) from 1997 until 2015, so naturally he felt bad for his former tag partner.

On a recent episode of his weekly ‘Oh…You Didn’t know’ podcast, Road Dogg stated that he felt Triple H’s comments were unnecessary.

“Look, it didn’t, so I am always closer with Billy than I have been with anybody else, Billy and X-Pac. But, so I felt bad for Billy.

Look at the time, I get it, I get why he said it. But it didn’t need to be said and I understand why it was said and it was all in fun, but it did make me feel bad for Billy for a bit.

I mean he works there, you know what I mean, he’s just trying to get along too. It’s not a hill I’m gonna die on, but I felt bad for Billy right then.”