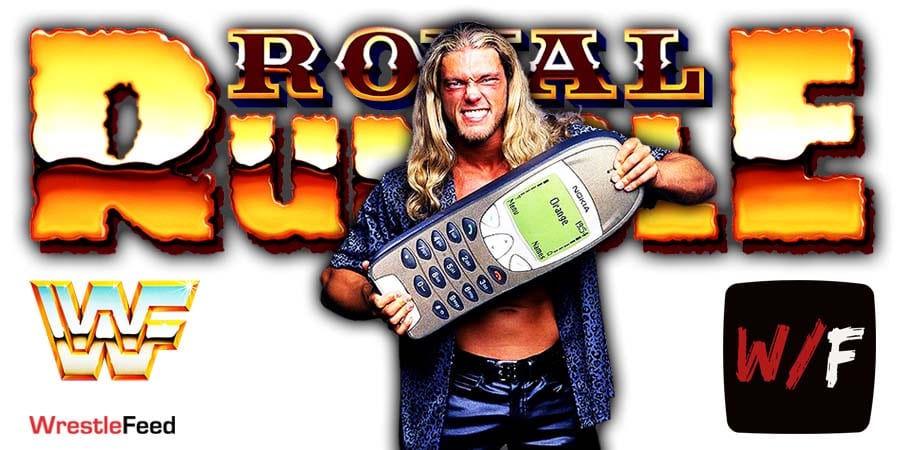 In the main event of tonight’s Royal Rumble 2021 pay-per-view, WWE Hall of Famer Edge made history by becoming the 3rd man to win the Men’s Royal Rumble match from Entry #1.

Edge will now main event Night 1 or Night 2 of WrestleMania 37, with either the WWE Championship or the Universal Championship on the line.

Below are some tweets from wrestlers regarding Edge’s big win:

Let the Cinderella story be told!

A great way to end a very good #RoyalRumble @EdgeRatedR

That’s a motto I stand by 🤗 #RoyalRumble

MY GOODNESS 😅 @EdgeRatedR That was incredible and I was on the edge of my seat the entire time. WELL DONE! @WWENXT @WWE #WrestleMania

Let's put this into perspective. @EdgeRatedR returned last year after a near 10 year absence. He then has had an injury since May. Returns to night & wins the Rumble at the Number One Spot & he has not missed a beat

Man I love the #RoyalRumble.

Him: It’s date night…what do you wanna do?
Me: You know…You have been working so hard…you haven’t had a guys’ night out in forever…
Them: pic.twitter.com/S4hVXo8WGN

The most interesting tweet was from NXT Cruiserweight Champion Santos Escobar: