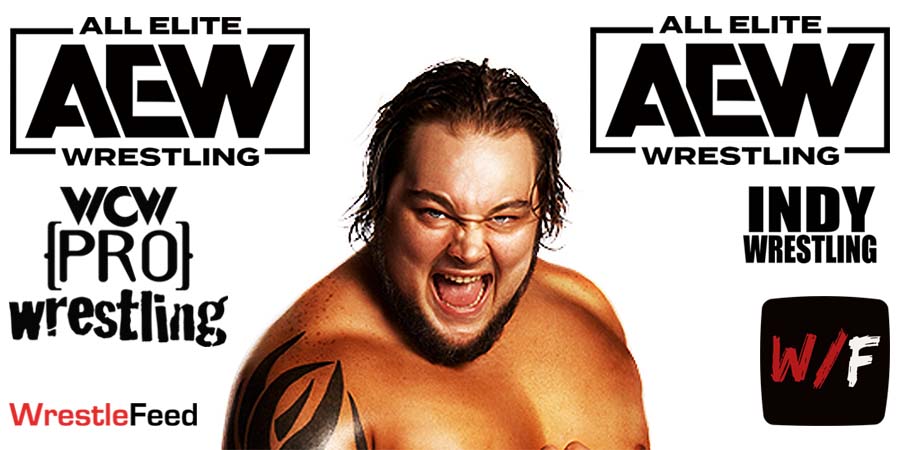 • “If I were in Tony Khan’s shoes, I would give the surprises a breather” – Eric Bischoff On Bray Wyatt’s Rumored AEW Debut

Former WWE Champion Bray Wyatt is rumored to join AEW. Some rumors even suggested that it could happen as soon as tonight, since tonight’s Dynamite will be dedicated to the late Brodie Lee (fka Luke Harper in WWE, member of the Wyatt Family and a close friend of Bray).

During a recent edition of his podcast, former WCW President Eric Bischoff gave his opinion on Wyatt possibly joining AEW, and said that AEW President Tony Khan should wait on this debut.

“If I were in Tony Khan’s shoes, I would give the surprises a breather. They’ve done a great job, they’ve gotten tremendous return on their investment. It’s served its purpose beyond expectation in my opinion.

Let’s just assume Bray Wyatt is going to end up [in AEW]. I wouldn’t do that till after the first of [January]. I’d save that for the first quarter of next year because they’ve had so many signings, and they’re great ones too.

I’m not being critical or dismissing them in any form. You got Sting, Christian Cage, CM Punk, Bryan Danielson, Ruby Soho, etc.

These are super talented assets, they’ve brought in so many great assets over such a short period of time they tend to dilute each other and it’s not as meaningful as it could be, in my opinion, if they were spaced out a little more.

That’s why if I was bringing in Bray Wyatt, if I was Tony Khan, I’d lay off the surprises and the chatter about who’s coming in and not coming in and more for the audience.

It’s like a roller coaster and we’ve been on this incredible, exciting roller coaster ride, and the only way you’re going to enjoy the next big exhilaration point on that roller coaster is to get a little bit of a rest.

Take it down, slow it down so that when you speed it up again and take the audience to that peak of that moment and deliver your next surprise, just give them a rest so they’ve got more energy to get ready for that ride. It’s not fatigue, don’t get me wrong, but we’re getting close to surprise fatigue.”

Johnny B Badd vs. John Douglas