Old School WCW Legend Bill Goldberg was recently interviewed on The Michael Kay Show, where he was asked about the WCW Starrcade 1999 incident, where a Superkick from Bill injured Bret ‘The Hitman’ Hart.

The former Atlanta Falcons defensive tackle made it clear that he’s very disappointed, that after all these years Bret still feels that he injured him on purpose.

“When an accident happens and you tell your side of the story and nobody believes it, especially the person negatively affected by it, yeah it sucks. I will take it to my grave because I am sure that he will never forgive me.

What else can I say? I said I was sorry and that it was unintentional, it was the furthest thing from my mind, I don’t know, a million times? And of those a million times, he’s come back with, ‘Yes, was intentional, he’s a punk, he didn’t know what he was doing and ruined my career.’

It sucks. You can lead a horse to water and shove their face in the damn water, but you can’t shove it up their esophagus.

If you can tell, I’m pretty pissed off about the fact that he still harbors it. It sucks. I truly believe that it shows what a human being I am that I can forgive people for accusing me of something that is not true.” 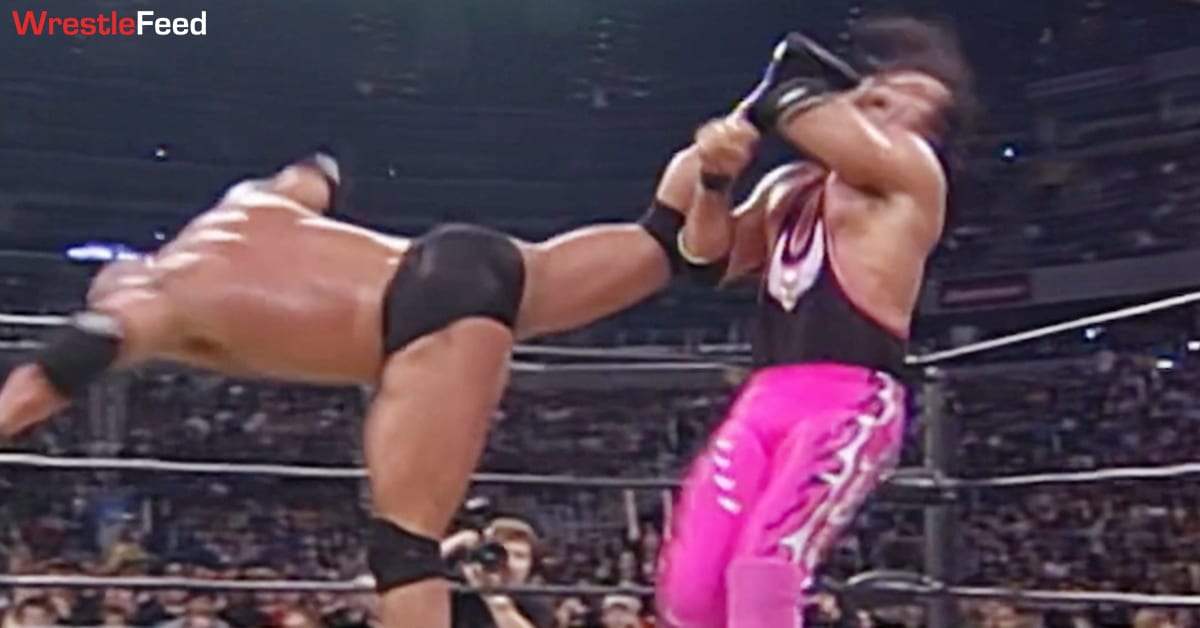 Bret previously said the following in 2020:

He seemed to think he could just pick a guy up and just slam him through the mat as hard as you could and that was good wrestling.

But I always liked Bill as a person. His wrestling, his work rate was 0/10.

Also Read: Goldberg Explains Why He Doesn’t Watch Anything That He’s In

It was pre-taped at the Target Center in Minneapolis, Minnesota and featured matches, interviews & storyline segments on the road to the ‘The Great American Bash 2006’ PPV.