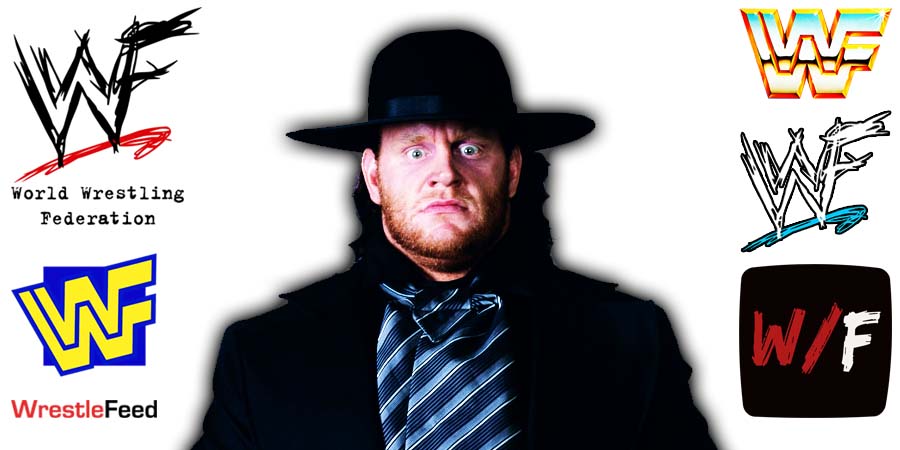 During a recent episode of his weekly ‘DDP Snakepit’ podcast, WWF Legend Jake The Snake Roberts explained how wrestlers traveling together, driving in the same car from one show to the next, is really something that is missing in modern day professional wrestling.

“When you’re in the car for say 4 hours, the smart thing to do is to talk about your match. Now you’ve got three other guys here giving their opinions, and you pick things out of what they’re saying, ‘Oh yeah, that would work there, oh that could make that better’, so you’re getting four minds instead of one.

Occasionally, there’d be an argument, and on occasion some guys got outside the car and fought over what they thought.

Percy (Paul Bearer) at times would say, ‘Jake, what do you think about this’.

He wasn’t asking for himself, he was asking for Mark (The Undertaker), which kept Mark from feeling like a mark, because he was such a colossal sized guy anyway.

He always took his gimmick seriously and I give him that, because it was tremendously hard to work that gimmick, you’d think it’d be easy but it wasn’t, to do it right.”

Since 2019, he’s working as a manager for Tony Khan’s All Elite Wrestling.

This episode was broadcasted from the Qwest Center in Omaha, Nebraska and featured matches, interviews & storyline segments on the road to the ‘WWE Cyber Sunday 2007’ PPV.