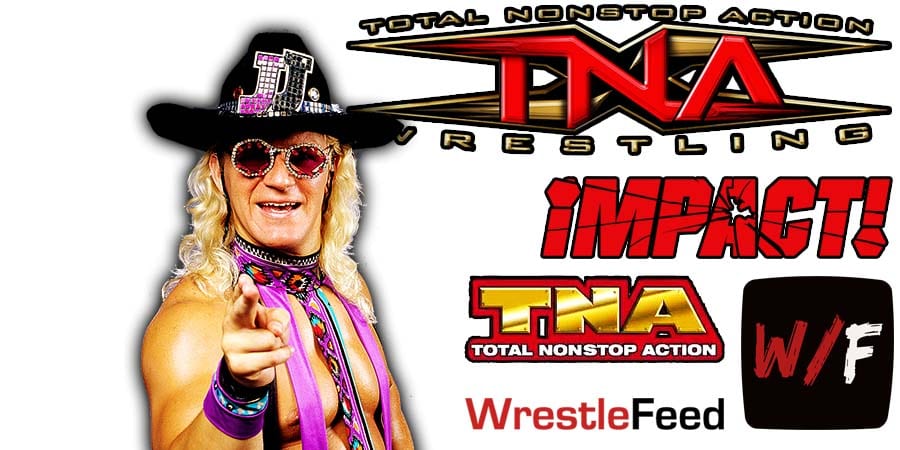 In 2002, WWF/WCW Legend Jeff Jarrett, along with his father Jerry Jarrett (former Memphis Wrestling promoter), founded Total Nonstop Action! (now known as IMPACT Wrestling) in order to take World Championship Wrestling’s place as the #2 promotion on the planet and an actual competition for WWE.

However, on the latest episode of Jeff’s weekly ‘My World’ podcast, he revealed that he actually tried to sign multiple other Top Stars for his promotion, such as Mick Foley, Sean Waltman, Road Dogg, Randy Savage, Sid Vicious & Chyna, and with the exception of Sid, all of them eventually made it to TNA at a later point in time.

“Who’s available, who wants to be a part of this, who believes in it. Who’s out there available, who can we sell tickets with and who are we going to go after.

Sean Waltman has always had a relationship with my father dating back to him being a part of the creative team in 1993-94 and of course Mick Foley came to the territory in 1988.

Back to Mick and Sean, my dad had personal relationships with both those guys.

Road Dogg is this simple, Brian going single and the merchandise sales, he was the Attitude Era in so many ways personified. A mega singles star at the time and one of my best friends. He was a no brainer.

Sid, I was in the ring with when his leg broke. He had told me, ‘I’m going to make a comeback’. He had been a big box office attraction, Sid was going to get back in the game and I was excited about that.

So as much as I wanted to put the anchor in the ground about the kind of wrestling we were going to have, Ken checked all the boxes, Ken was up there.

Randy Savage, him and my dad had a unique relationship, I never saw Randy coming and being a part of a start-up wrestling company.

When DX, the New Age Outlaws, X-Pac and Hunter and Chyna. Chyna was box office, so of course I wanted her a part of the roster.”

Also Read: Jeff Jarrett On Who Came Up With The TNA Name, Reveals The Original Name

On this day in Pro Wrestling history on June 10, 2012, Total Nonstop Action aired ‘TNA Slammiversary 2012’ LIVE on PPV from the College Park Center in Arlington, Texas.

This was the 8th Slammiversary pay-per-view, that aired between 2005 and now.