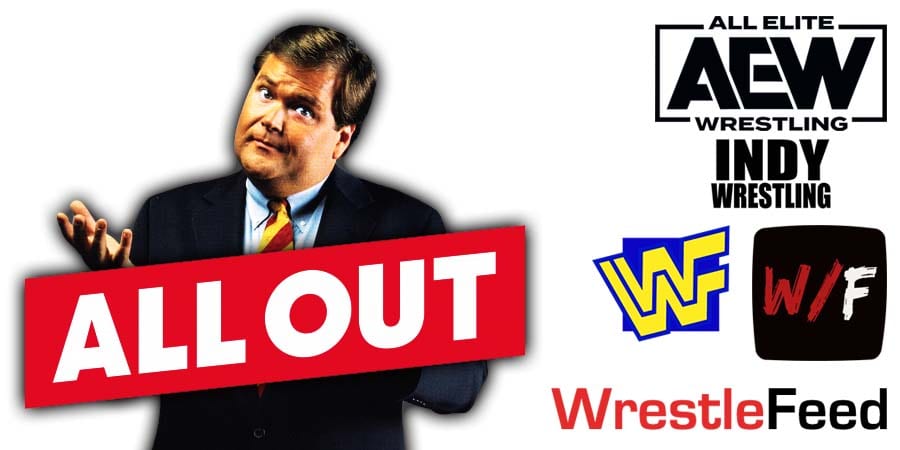 “Did Anna Jay have a wardrobe malfunction, or is that wishful thinking in my book?”

JR got a lot of heat for this comment, and he issued the following apology:

“Didn’t mean to offend anyone on the wardrobe malfunction line.

Didn’t mean to offend anyone on the wardrobe malfunction line.
Weak attempt at humor.
Sorry.

Also Read: AEW Takes A Shot At WWE’s New Policy During All Out PPV