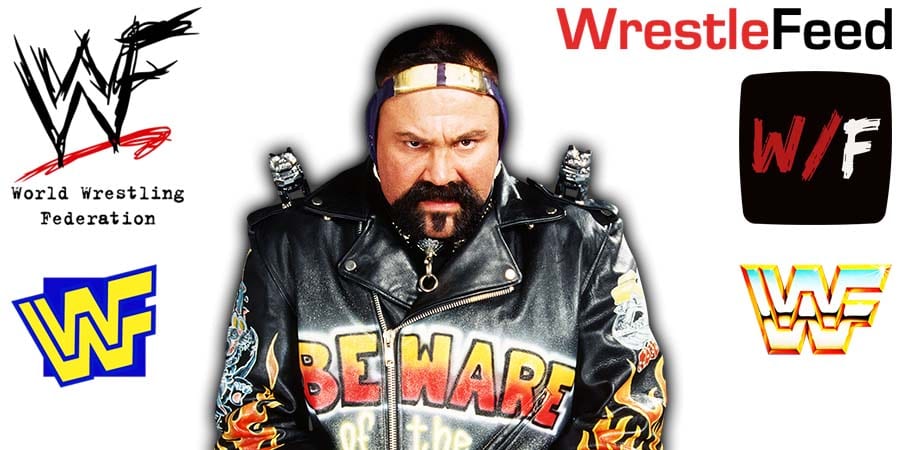 During a recent episode of his “Grillin’ JR” podcast, WWE Hall of Famer Jim Ross revealed the reason why “The Dog-Faced Gremlin” Rick Steiner was not among the WCW Wrestlers that signed with the World Wrestling Federation after Vince McMahon bought World Championship Wrestling in the spring of 2001.

Rick Steiner wrestled for the WWF from January 1993 until the summer of 1994, but unlike his brother Scott, Rick did not return to the company afterwards.

“If the Steiner brothers are not deserving of a WWE Hall of Fame induction, then who is? Who is more deserving that’s not already in it? I hope that they’re both inducted, they’re both deserving and I think people would froth at the mouth to see those two guys go in together.

We had a couple conversations, [Rick Steiner] just wasn’t interested [in returning to the WWF]. He became a civilian and he liked his 9-5 so to speak. He liked not travelling, he got to go to his son’s football games, he had very little if any interest in returning back to a full-time position in pro wrestling.

I would’ve been a fool not to at least explore the potential and I think I explored the potential with him without ever talking to Vince because I didn’t want to get shot down in the very beginning. He had no interest and that ship had sailed, he had moved on.

Unlike a lot of the boys, he moved onto a new area that he had to master and create a business out of it. He made the right decision over the long haul and I always admired his courage to start something new.”

It was broadcasted from the Duluth Convention Center in Duluth, Minnesota and featured matches & storyline segments on the road to the ‘WCW Spring Stampede 1997 PPV.

– Jim Duggan vs. The Renegade