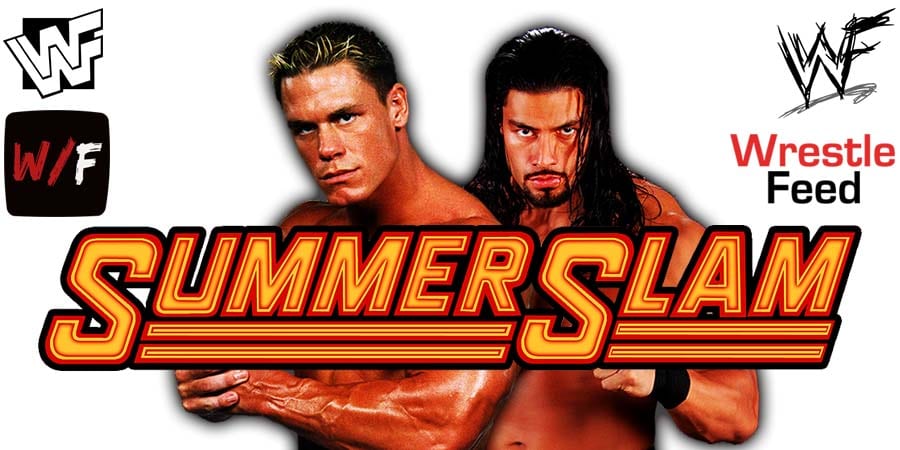 WWE Legend John Cena was recently interviewed by Chris Van Vliet, where he said that not having fans in attendance during the COVID-19 pandemic actually helped WWE main eventer Roman Reigns to develop his character and his personality.

“I also think this time has allowed performers like Roman Reigns to unobstructively mold his character.

If you send him from city-to-city, there may be some audiences that don’t care what he has to say, and just want to boo or cheer him.

But without that obstruction, Reigns has absolutely needed this time, and in it, he has developed his personality, his character. Reigns has found out who he is.

So, now, when he goes back to live audiences, they are not confused. He spent this 15-month block to define who he is. And he’s the one who could benefit the most from it.

On the other hand, established performers like myself would have had a difficult time with no audiences.”

With the exception of WrestleMania 37, WWE did not have fans in the arenas for the main roster shows since mid-March 2020.

John Cena and current Universal Champion Roman Reigns are rumored to wrestle each other in August at the SummerSlam 2021 PPV.

It was broadcasted from the Nassau Coliseum in Uniondale, New York and featured matches, interviews & storyline segments on the road to the ‘WCW Bash at the Beach 1998’ PPV.