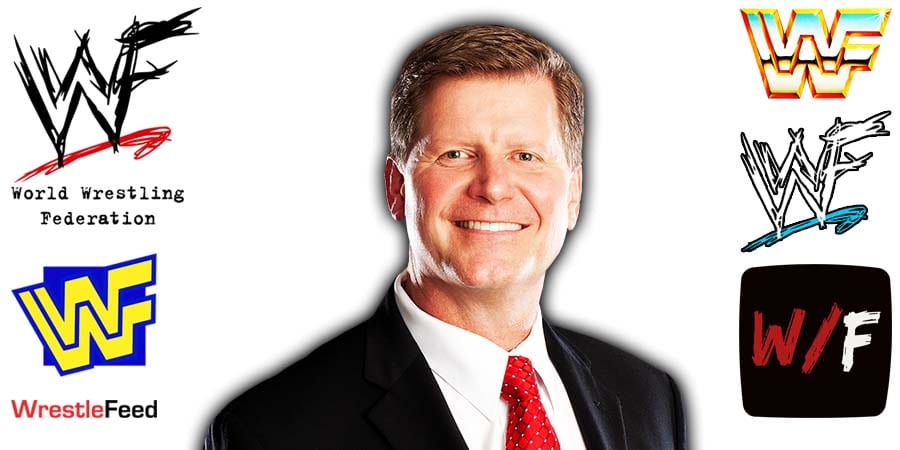 • John Laurinaitis Has A “Golden Parachute” Deal With WWE

As noted in the latest report from The Wall Street Journal, former Head Of WWE Talent Relations John Laurinaitis is also being investigated for a $1.5 million NDA agreement that was signed in 2012, after misconduct claims against him.

According to Fightful Select, Laurinaitis will be taken care of even after his departure from the company:

“Everyone that we spoke with continued to believe that John Laurinaitis was ‘done’ in the company, but believes he has a ‘golden parachute’ deal with WWE that will likely take care of him.

Female talent had contacted us last year upon his promotion back into talent relations expressing their frustration.

One higher up told Fightful ‘Johnny Ace’s 9th life is about to be lost.’”

Nash started with Ted Turner’s WCW in 1990 as Steel, one half of the Master Blasters, but later adapted even more unsuccessful gimmicks like Oz & Vinnie Vegas, before joining the WWF in 1993 as Shawn Michaels’ bodyguard Diesel.

In 2015, Kevin was inducted into the WWE Hall of Fame by his close, personal friend “The Heartbreak Kid” Shawn Michaels.

Then in 2021 he was actually inducted a second time, as a member of the New World Order.