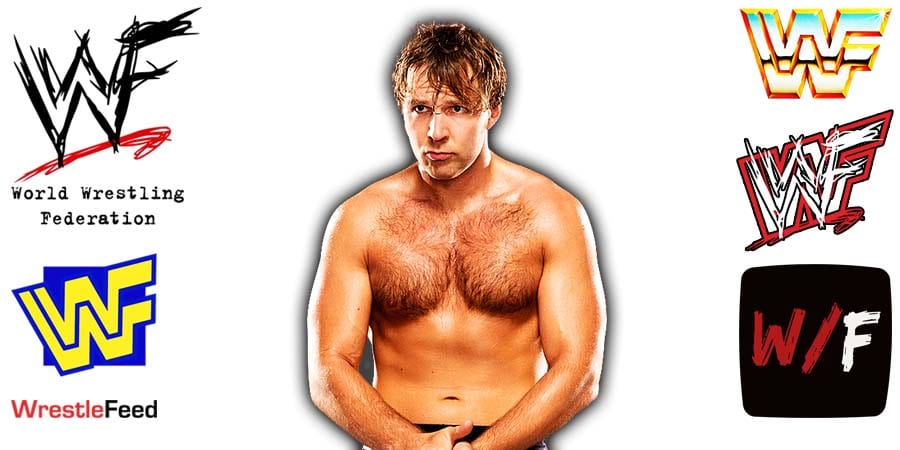 “I have three separate times in three very pivotal matches in my career.

First time I sh*t myself was when I was on Redline. Do they even make Redline anymore? It was like the first pre-workout which, there was obviously stuff in there that’s illegal now.

I remember I took it and I got this great pump and I went out and wrestled, it was the Jeff Pederson Cup in Florida. I remember it was my semi-final match, it was me vs. Rich Swann and I finished the match and I was like ‘Oh, I’m gonna sh*t, I’ve gotta go to the bathroom’. I jumped the guardrail after the match ended and just sprinted to the bathroom.

The finals of the Jeff Pederson Cup, it’s me against Jon Moxley. The match prior, he had got busted open by Arik Cannon, lost a lot of blood. I remember before the match he tells me ‘Man, just don’t bust me back open’.

At that point I’m feeling okay, so I’m like okay let’s do this. Match starts and within 30 seconds, he head butted me and is bleeding everywhere already. We’re wrestling and I remember he goes ‘Aw man I’m bleeding, things need to end soon’ and I’m like nah man, you’re okay…you’re okay.

So we keep going and I remember he gave me a body slam and I just sh*t…just straight sh*t. Then I’m like this match is gotta be done, I sh*t my pants and he’s like ‘Nah man, I’m bleeding to death, we’re finishing this.. we’re going’. The finish of said match was the Davey Boy/ Bret Hart sunset flip with the sit down pin on top.

Second time I sh*t my pants, it’s me versus Big Van Walter. This is when he was way bigger than he is now. He had this thing where he just body slammed people to death.

I’m probably 6 or 7 body slams in, I had a huge drinking night before and I had already wrestled Davey Richards earlier on in the night so I’m just feeling it. He body slammed me and sh*t just went everywhere and I’m like this is the worst thing that could happen.

The final time was PWG and Kyle O’Reilly, another time that I’ve had a terrible incident with pre-workout. There was so many samples of these new pre-workouts, so I took it and I’m doing commentary with Excalibur and like 3 minutes into the match I just stop talking and I go uh oh, I gotta go and I just run off.

Kyle O’Reilly and I wrestled later on and he gives me a knee to the stomach and I sh*t my pants instantaneously and we wrestled another 25-30 minutes.

I remember getting to the back and Super Dragon being like your match was slow starting out but it got really good and I was like yeah, I sh*t my pants.”