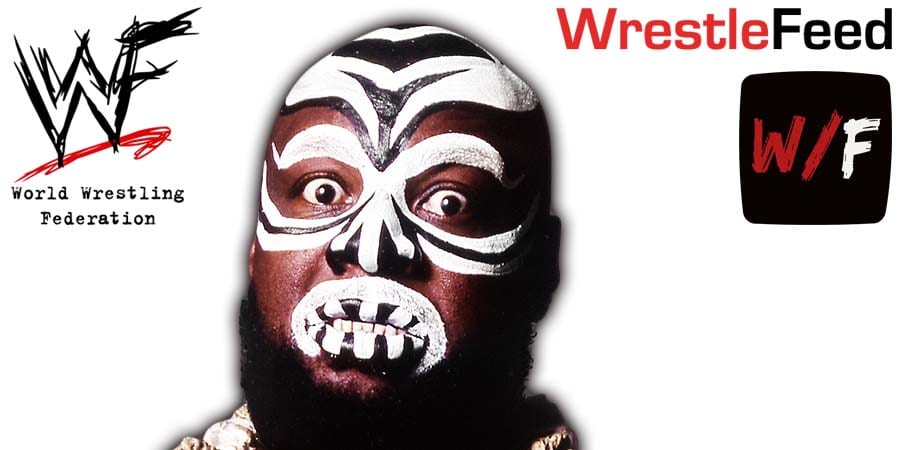 This episode featured pre-taped matches & storyline segments on the road to the ‘WCW Road Wild 1997’ PPV, which took place later on the same day.

• Kamala Opens Up About Being Treated Poorly In The WWF, Undertaker Made 50 Times More Money Than Him For SummerSlam 1992 Match (Flashback)

Old School WWF Veteran Kamala has sadly passed away at the age of 70. He lived a difficult life in the last decade (in 2011 and 2012, he had both his legs amputated below the knee due to complications of high blood pressure and diabetes), but his days in wrestling weren’t much better.

In this flashback article, we take a look at an interview Kamala did with “Not In The Hall Of Fame” back in 2012, where he talked about being treated poorly in the WWF.

Now you had three successful runs in the WWF; in fact as Kamala you were pretty much successful everywhere. Now I hope you take this as a compliment, because this is how I mean it. I always thought of you as the ultimate Territory guy.

What I mean is that you were the perfect guy to be brought in, destroy a lot of mid-card baby faces on your way to challenging the top guy in the territory, before putting him over in front of a large crowd and then maybe putting over someone else before leaving for another organization. It also never got old seeing you in this role. You were in fact able to that three times in the biggest promotion going. People wanted to believe in your character.

“I wanted the people to believe in it. But you said three successful runs in the WWF. As far as popularity and being known, yes it was. But you just don’t know the price I paid for it.”

What do you mean?

“I really paid a price for being in the WWF. When I was in the WWF, I just didn’t make any money. I can remember sometimes, it was me, Kimchee, and my manager Dr. Harvey Wippleman. All three of us would get a room together. They (WWF) paid for our flight, but we always had to get our own rooms. After renting a car and being the third man and renting a room, I would sleep in the rental car and not stay in the room so I could save money. We didn’t let the boys know that and I begged them not to let the boys know that. I wanted to save as much money as I could to send back home or bring back home. That’s what I mean by I paid the price by being there.”

You weren’t treated well financially by the WWF?

“No. I was not any of the three times I went there.”

“If I have to bet my life on what The Undertaker got paid, I wouldn’t do it. I would never ask him. What happened was Steve Lombardi, you know him? He’s in with the office and has been there some twenty years. He was running around and went into the room where Pat Patterson was. Patterson had left, and left his briefcase. He (Lombardi) was scrambling through his books, and he saw what I made and he was exactly right.