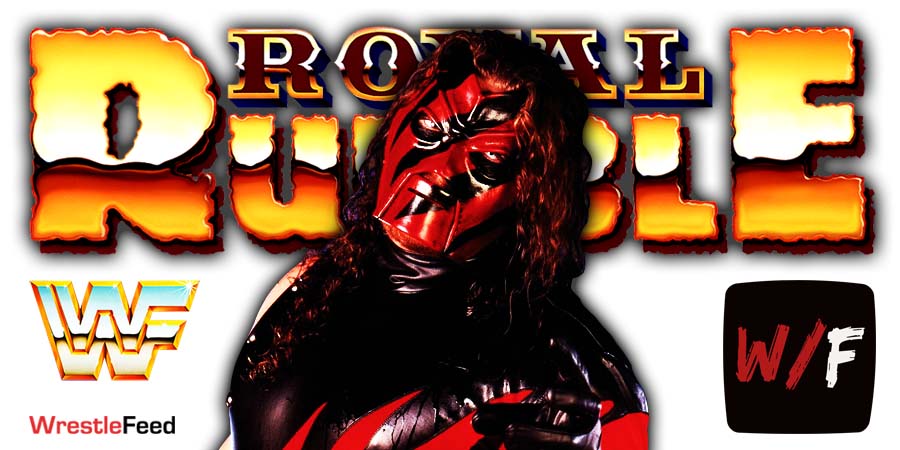 He competed in his record 18th Royal Rumble match, the most by any wrestler in WWF/E history.

He entered at entry #18 and was eliminated by former NXT North American Champion Damian Priest, who is now RAW’s newest wrestler.

In a backstage interview at Royal Rumble, Kane had the following to say about his return & Damian Priest:

“He’s got a ton of potential. I mean it stings because I would have liked to be in the match longer. But he’s going to be an impact player in WWE. I think you’re going to see a lot more moments like that from him in the future.”

Kane donated $5,000 out of his salary last month to help start the Applied Technology Scholarship Fund for TCAT Knoxville. This fund benefits a Knox County employee’s child, who is a student at the school.

Also Read: Kane Responds To A Fan Saying He Shouldn’t Be Mayor Because He Took Chair Shots To The Head

On this day in 2017, we lost Old School NWA/WWF Legend “The Russian Bear” Ivan Koloff (Real name: Oreal Perras) at the age of 74 due to liver cancer.