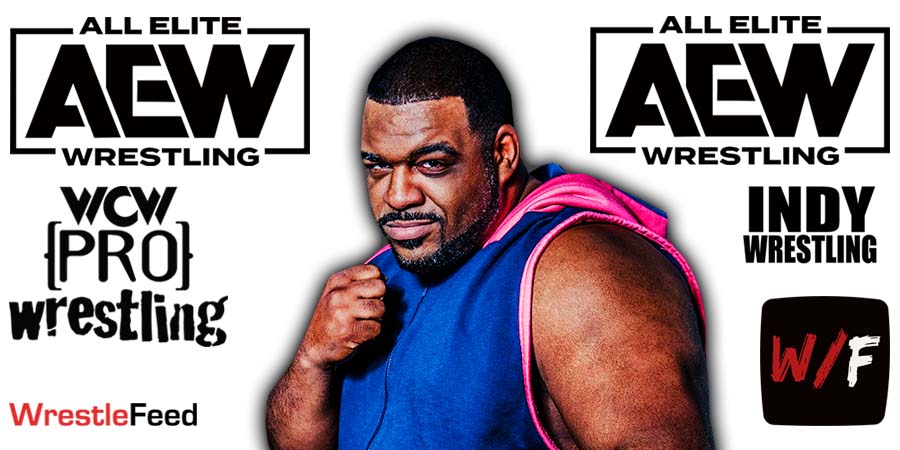 As seen on this week’s episode of AEW Dynamite, Keith Lee was revealed as AEW’s next big signing.

He went on to defeat Isiah Kassidy to qualify for the Face Of The Revolution ladder match for next week’s AEW Revolution 2022 pay-per-view.

Lee tweeted the following about his arrival in All Elite Wrestling:

“We got a lot of work to do still. But I more than appreciate the warm welcome back.

The person with the sign that had the same silhouette that’s on the front of my hoodie…. thank you. Touched my soul.

And with sad family times hopefully behind me….let’s grind. #ForwardMarch”

You can watch his AEW debut match below:

On this day in Pro Wrestling history on February 10, 2008, Total Nonstop Action aired ‘TNA Against All Odds 2008’ LIVE on PPV from the BI-LO Center in Greenville, South Carolina.

This was the 4th edition of the annual TNA Against All Odds pay-per-views that aired between 2005 and 2012.