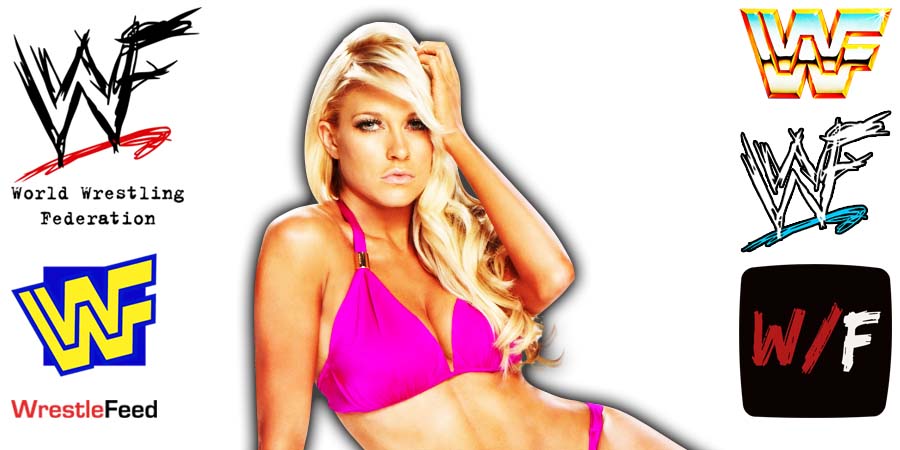 During a recent interview on the Dropkick Podcast, former Divas Champion Kelly Kelly talked about her 2006-2012 WWE career, returning as surprise entrant in the Women’s Royal Rumble & more.

On competing in the Women’s Royal Rumble 2022 match earlier this year:

“I always love coming back to Rumbles. This was my third one, but it was different because I loved my outfit. It was my favorite of all time.

It was cool to be in the ring, not with everybody in there but just Sasha [Banks] and Tamina, and have that moment.

I always wanted to work with Sasha so it was really cool to be able to do that.”

On who would she like to face in her final match:

“I would say either Sasha or Charlotte Flair for sure.”

On her favorite opponents:

“I have so many. I loved working with Layla, Candice Michelle, Maryse, Beth Pheonix, Michelle McCool, Eve, and the list goes on and on. I’ve been very lucky to work with some amazing women.”

On how he deals with hate comments on Social Media:

It was taped at the Roberts Municipal Stadium in Evansville, Indiana and featured matches, interviews & storyline segments on the road to the ‘WWF King of the Ring 2000’ PPV.