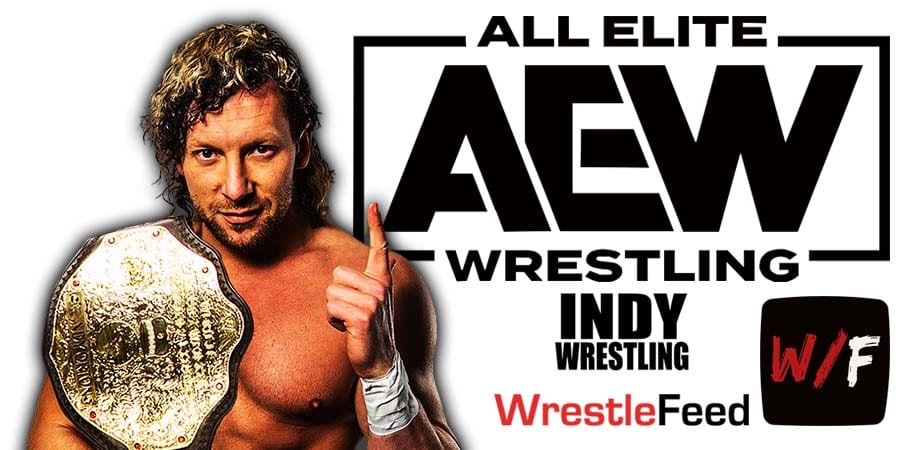 On this week’s episode of AEW Dynamite “Winter Is Coming”, Kenny Omega defeated Jon Moxley in the main event to win the AEW World Championship.

A fan took to Twitter to complain that Omega shouldn’t be the AEW World Champion since he’s an EVP in the company.

Here’s what the fan posted:

Can someone tell me why The EXECUTIVE VICE PRESIDENT OF AEW @KennyOmegamanX is AEW World Champion?

If this was Triple H people would be in an uproar

But Because its @AEW they are allowed to get away with it? Hell No”

Omega replied the following to this fan:

“You’ve got it all wrong. I’m just a lowly Executive Best Wrestler of all time. That’s kinda why I win everything everywhere. That’s how life works.”

The fan then tried to explain his point again:

Omega then gave a heel-ish reply:

“The only power I have is to make you cry.”

You’ve got it all wrong. I’m just a lowly Executive Best Wrestler of all time. That’s kinda why I win everything everywhere. That’s how life works.

The only power I have is to make you cry.

Who could forget the famous ‘teacher vs student’ rivalry of Bruno Sammartino against Larry Zbyszko, that culminated in a cage match at Shea Stadium in 1980?

Those of you who are a bit younger, will certainly remember him as a WCW official during the Monday Night Wars, when he still occasionally wrestled against the likes of Scott Hall and Eric Bischoff.