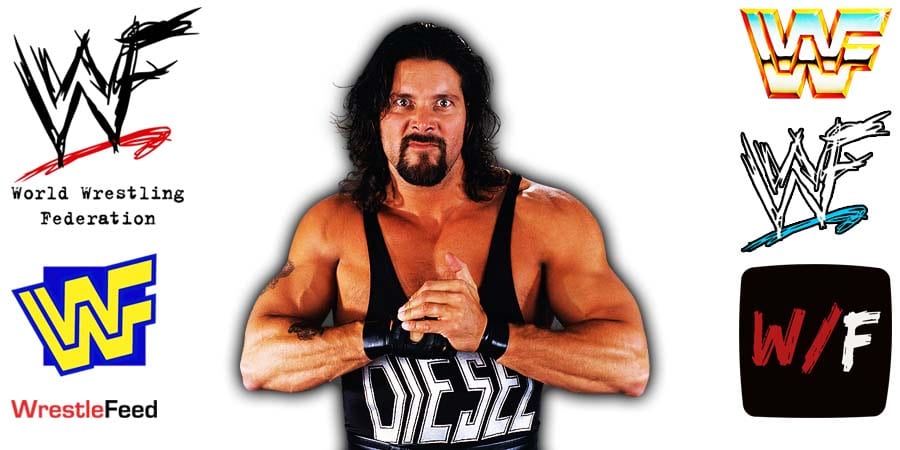 • Kevin Nash Is A Fan Of Orange Cassidy

Orange Cassidy is a comedy wrestler in All Elite Wrestling and often gets criticized for what he does in the ring by Old School Legends like Jim Cornette.

However, Old School WWF/WCW Legend Kevin Nash is a fan of Cassidy and what he does.

Below is what Diesel said on his Kliq This podcast:

“I’ll tell you right now, Orange Cassidy, that’s my boy. I know that Corny and other guys like to sh*t on it.

Wardlow is a good looking guy. Good body. He had a match with Orange Cassidy to start off the show. I’m like, ‘Wow, this guy is going to eat Orange Cassidy alive.’ Low and behold, that big dude gets it.

He let him do the kicks to the shin. They ended up having a really good, competitive match. He beat him, and he should have. I know the Kevin Nash/Cornette in me wants to f**king slit my wrists, but the Shawn Michaels nowadays realizes that it’s not your dad’s f**king wrestling anymore.”

The highlight of Cassidy’s work in AEW has been his feud with WWF Legend Chris Jericho in 2020.

Cassidy won this feud. They had 3 singles match, with Cassidy winning 2 of them.

Below are the results of their singles matches:

3. Orange Cassidy def. Chris Jericho in a Mimosa Mayhem Match at the All Out 2020 PPV

Black Bart vs. The Italian Stallion