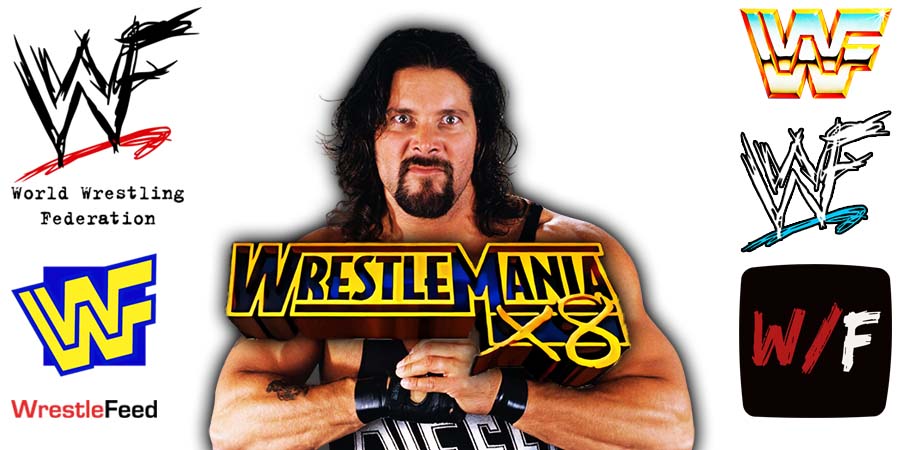 On the 1st ever episode of his “Kliq This” podcast, 2-time WWE Hall of Famer Kevin Nash talked about this WrestleMania (which was the final WrestleMania under the ‘WWF’ banner).

Here’s what Nash said about the original plan for this event:

“Scott worked against Austin. People said, ‘Why didn’t you have a match?’

Well, the original finish up until Sunday was Scott and I were going to f**k Steve. Rock was going to go over on Hogan.

We were going to come down and get heat on Rock and leave WrestleMania with heat, which would be the first time I think in the history of WrestleMania that somebody would leave with heat.

In 24 hours, it was then me and Scott coming down and getting beat up by Rock & Hulk and pretty much getting f**ked.”

By the time we got showered, I couldn’t even stay up with Scott. We got into the hotel and he didn’t even go upstairs. He just went right to the bar. He had been sober for 6 or 7 months at that time. My heart just f**king fell in my stomach.”

Under the ring name “Tiger Jackson” he used to wrestle in midget matches during the 80s & early 90s, including a stint in the World Wrestling Federation, where he joined The Bushwhackers in their rivalry against The Beverly Brothers and their sidekick, fellow midget wrestler Little Louie.

Dink accompanied Doink to the ring until both men left the WWF in mid-1995.