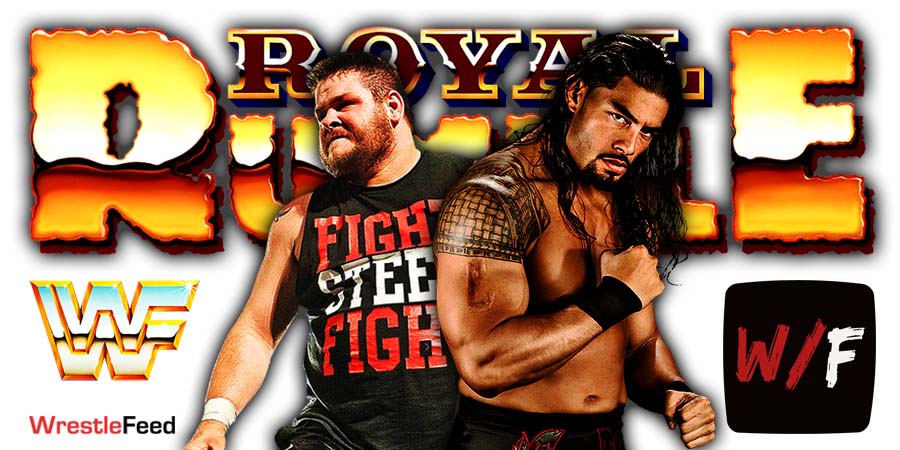 During their Last Man Standing match for the Universal Championship at Royal Rumble 2021, Kevin Owens handcuffed Roman Reigns at the bottom of a pole.

The referee was about to count to 10 and Reigns was going to lose, but Reigns sent the referee face-first to break the count and then low-blowed the referee.

Paul Heyman then came out with a key to unlock Reigns and another referee came out to begin the count again.

This new referee had to stop the count in between because Heyman wasn’t able to unlock Reigns’ handcuffs and it would’ve resulted in Reigns losing the Title, which wasn’t the plan.

Dave Meltzer revealed on Wrestling Observer Radio that the keyhole was on the other side and Heyman couldn’t find it.

During his appearance on The Jake Asman Show, Owens had the following to say about this situation:

“I’ve never been cheated by a referee that way before. [Reigns] brought handcuffs, I handcuffed him to something and I thought I had him, I really did have him. Some screw-ups from the referees and here I am, sitting in my car without the Universal Championship.

I’m still in recovery from the Royal Rumble. It was a pretty rough night. I was thrown off a 12-foot platform onto a bunch of tables, I got hit by a golf cart, I jumped off a forklift that was about 10 feet in the air, I burned my arm on a light that was part of our setup, and to top it all, I didn’t win because a referee got paid off or something.”