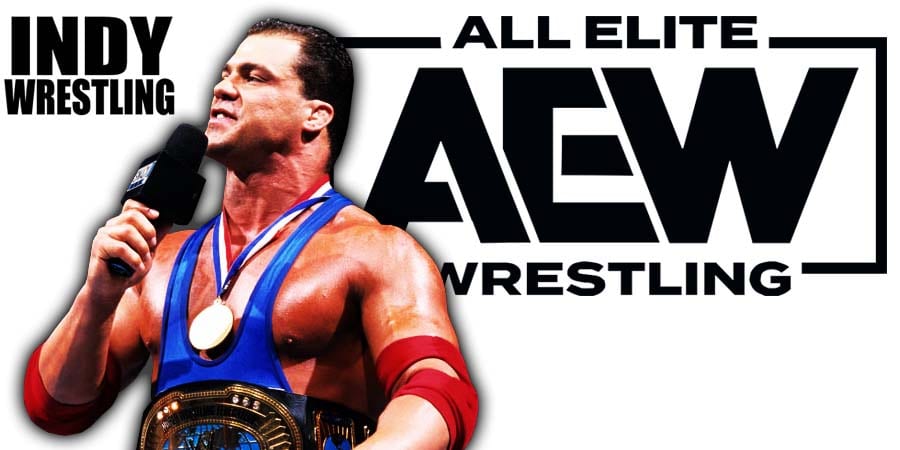 Wardlow of The Inner Circle was the guest on this week’s AEW Unrestricted podcast, where he revealed that WWE Hall Of Famer Kurt Angle tried to convince him to sign with WWE when he wasn’t selected by the company after giving a tryout.

“So I smoked that tryout. I’m like, ‘I have this in the bag’, so much so I literally sold my motorcycle [and] sold my house, literally got rid of everything because I’m like, ‘I’m going to put everything into moving into Florida.’

So when the email came in that I was not, I remember I actually had to pull over on the side of the road because I just couldn’t believe it, and then I started training personally with Kurt Angle when he was getting ready to make his comeback for his final couple of matches.

And me and Kurt clicked in the ring really well, and him and I talked a lot. And he expressed that he had a conversation with a certain somebody there about bringing me in, and he’s like, ‘It’s not a matter of if, it’s a matter of when.’

Lord knows I am not the most patient person at all. That’s always been a battle. So when the opportunity came with AEW, and I heard what the plans were and I heard the vision and the passion behind it, I knew there was nothing for me to wait for it. This is what it is, and I’m very happy I didn’t say no and wait and wait and wait. God knows I could still be waiting at this point. Who knows? I most definitely am where I’m supposed to be.”

It was broadcasted from the Arco Arena in Sacramento, California and featured pre-taped matches, promos & storyline segments on the road to the ‘WWF Royal Rumble 1989’ PPV.