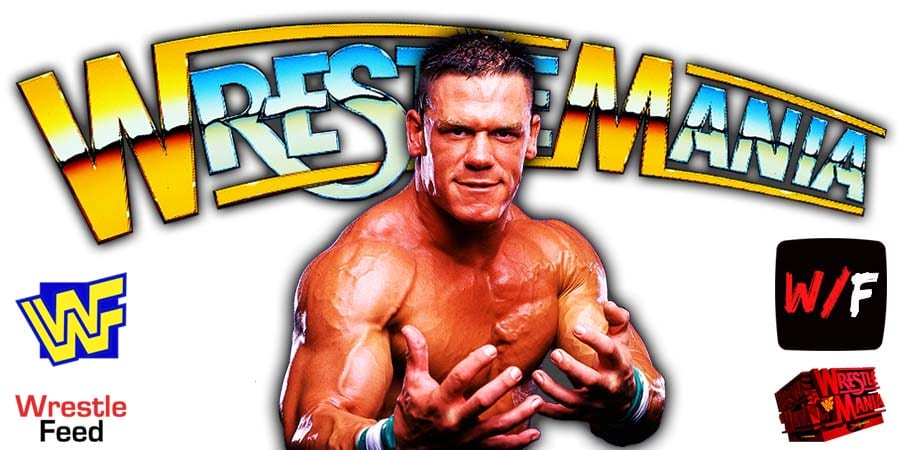 As we have reported before, WWE wants all of their top stars to appear at WrestleMania 39, including 16-time WWE World Heavyweight Champion John Cena.

Cena wants to become the next “The Rock” in Hollywood, that’s why it’s important for him to be a part of WrestleMania Hollywood.

Multiple reports have stated that WWE wants to do John Cena vs. Austin Theory at WrestleMania 39. WWE even planted seeds for this match on the June 27th episode of RAW. Before Survivor Series 2022, Theory appeared on WWE’s The Bump and said he’s better than Cena.

According to the Wrestling Observer, if Cena does have a match at WrestleMania 39, then he most likely won’t be available during the build-up, as he’ll be busy filming the comedy movie “Ricky Stanicky” in Australia throughout February & March, and WrestleMania 39 takes place on April 1st & 2nd.

With him still filming the movie in March, it could also be possible that he might not have a match at WrestleMania 39 because he’ll have very less time to prepare for a match, as he can’t train while filming the movie due to the risk of injury, which would halt the movie production and cost the producers a lot of money (one of the reasons why The Rock finds it difficult to return to WWE for a match, as he’s always busy filming a movie during WrestleMania time).

Cena’s last televised match in WWE took place at SummerSlam 2021, where he lost to Universal Champion Roman Reigns in the main event.

On this day in Pro Wrestling history on December 9, 2001, the World Wrestling Federation aired ‘WWF Vengeance 2001’ LIVE on PPV from the San Diego Sports Arena in San Diego, California.

“Y2J” Chris Jericho defeated The Rock & “Stone Cold” Steve Austin on this night to become the 1st ever Undisputed WWF Champion. Also on the show, The Undertaker defeated Rob Van Dam to win his 1st and only Hardcore Title.

if any of the above don’t work anymore, plz replace with this one: