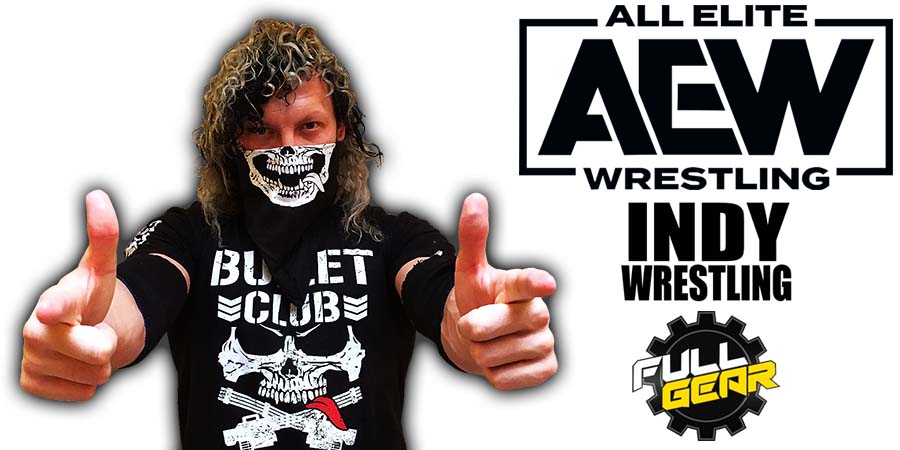 “Hangman” Adam Page made his return to AEW programming last week and entered the Casino Ladder Match as a “Joker” and won it.

With this win, he earned an AEW World Championship match.

AEW President Tony Khan appeared on My Mom’s Basement show and confirmed that Kenny Omega vs. Adam Page for the AEW World Championship will be the main event of next month’s AEW Full Gear 2021 PPV.

“Last year, [the AEW World Title eliminator tournament] culminated with Kenny and Hangman, which is very fitting because now as we go into Full Gear this year, Kenny is the champion and he’s facing Hangman.”

In the opening match of AEW Full Gear 2020 pay-per-view, Omega defeated Page to earn an AEW World Championship match, which led to him becoming the champion (by defeating Jon Moxley).