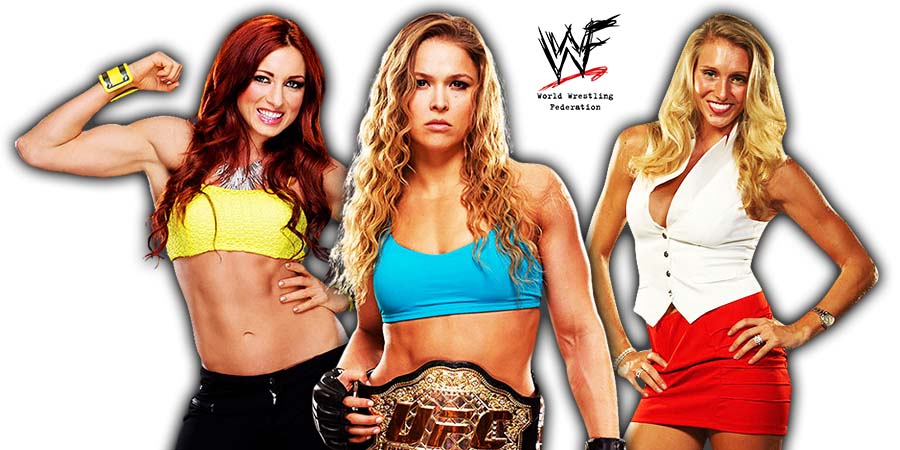 – The Shockmaster vs. Mike Dibacco

According to The Dirty Sheets, current plan for Royal Rumble 2019 is for “The Man” Becky Lynch to win the Women’s Royal Rumble 2019 match (this is the reason why WWE pulled Becky’s rematch with Asuka at Royal Rumble 2019 after announcing it on WWE Main Event) and for Charlotte Flair to face Asuka for the SmackDown Women’s Championship.

Becky is then expected to challenge for a ‘Title Unification’ bout at WrestleMania 35. Dirty Sheets’ sources believe that Charlotte is going to defeat Asuka at Royal Rumble 2019 to capture the SmackDown Women’s Championship once again.

As of this writing, Ronda & Becky being in the main event of WrestleMania 35 is almost a guarantee. Plans could change for Charlotte, but it’s most likely going to be a Triple Threat match between these women.