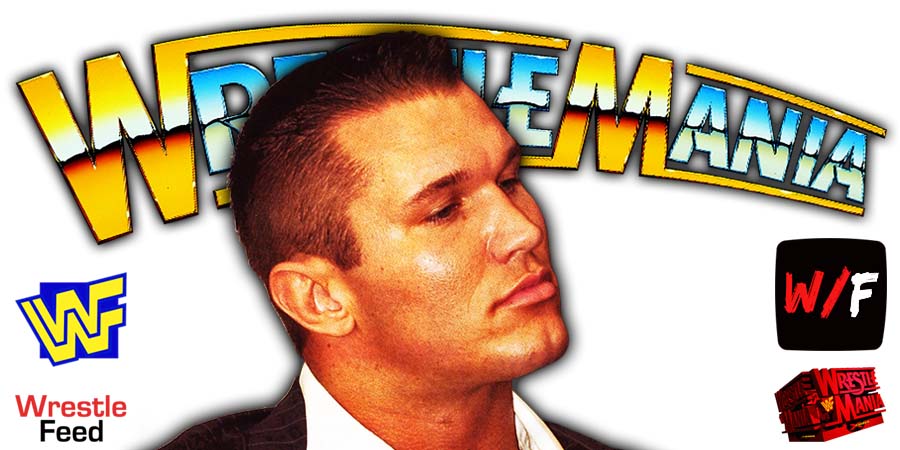 During a recent appearance on The Kurt Angle Show, Randy Orton discussed his Triple Threat Match against Angle and Rey Mysterio for the World Heavyweight Championship from WrestleMania 22.

Orton said he was originally scheduled to win the World Title in this match, but his backstage heat resulted in plans being changed.

“I do remember that they were going with me. So I think prior to that I was supposed to be with Triple H and do the big story going into Mania and I had messed up somewhere along the line, and I think now my punishment was kind of over with and they were ready to go with me again.

I wanna say they were running with me, they wanted to put the title on me for this Triple Threat. I could be wrong, but that’s my memory anyway.

Then I think I got a little bit of heat for some young, dumb, punk sh** that I did and I think they ended up going with Rey.”

Also Read: Randy Orton Reveals His Most Uncomfortable Storyline In WWE Till Date

On this day in 2002, we lost Old School ECW Performer Mass Transit (Real name: Erich Kulas) at the young age of 22 due to complications from gastric bypass surgery.

The November 23, 1996 ECW House Show included the infamous “Mass Transit Incident”, which saw the pro wrestling debut of 17 year old “Mass Transit”, who had lied to promoter Paul Heyman about his age and his professional wrestling training (he had none).

Before the Tag Team Match, Mass Transit requested New Jack to do the blade-job for him, but was eventually cut too deep by the experienced Hardcore Wrestler, so the match turned into a bloodbath rather quickly.