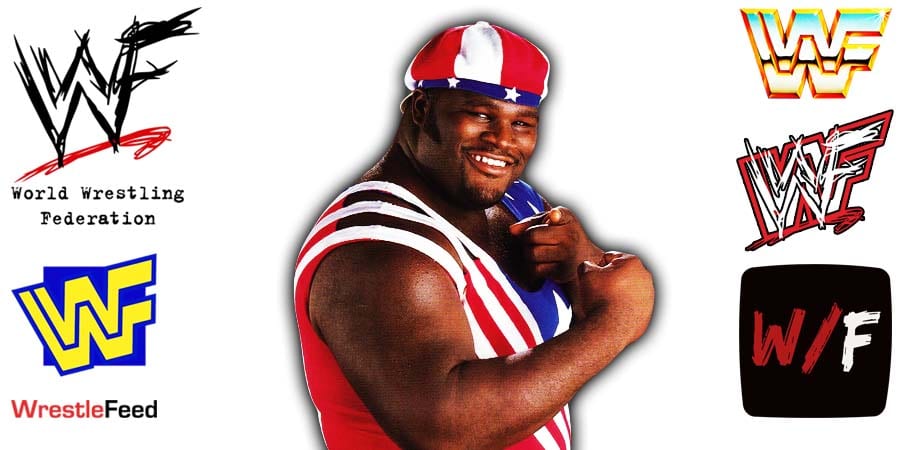 WWE Hall Of Famer Mark Henry recently appeared on an episode of the Wrestling Inc podcast, where he talked about wanting to wrestle his next professional wrestling match within the next 6 months.

Henry was also asked whether that match would happen in WWE, AEW or on the indies.

“I haven’t thought one bit about who, or where or when. Well, the when is going to be after my birthday, it’s going to be after June 12. I’ll be 50 years old, and I want to be able to say I wrestled after I was 50 and had a good match.

I wrestled in 4 decades, and that I was able to help somebody in the process or bring attention to somebody that nobody knew. So that’s the whole point in me doing it.

I don’t know. I’m kind of right now a WWE lifer but only God knows what the future holds. I plan on doing the best that I could do wherever I’m wanted, and if the WWE wants me, then I’m going to do my best there.

I have an eye for talent and I have an eye for what can be done to accentuate things, and when I do my wrestling seminars, I always say the how is the least important, even though it is important to know how to do everything, to make sure that you body slam correctly. Make sure you run the ropes correctly. Make sure that you grab a headlock or you grab a wrist lock. Everything has got to be precise.

You got to really want to do it and love it to learn how to do everything, but there’s a lot of places around the world that are teaching how. What I emphasize is when you do things and why do you do things, and as a wrestling fan, that’s the first thing that people say when something happens. ‘Why would he do that? Why would she do that?’ And you have to be able to know that stuff. This talk. When do you do it? When is the right time to pull the rug from beneath somebody? When is the right time to raise their hand?

When is the right time for that person to come back from being beat almost lifeless? They get the gears going, and they get the ball rolling downhill and then BOOM, you get the big finish.

Those are important, important things, and a lot of times in independent wrestling, people are characters of pro-wrestlers. They watch the high-level pro wrestlers, and they copy it. They mimic it but without understanding why that happened and when you’re supposed to do it, That’s why I’m helping.”