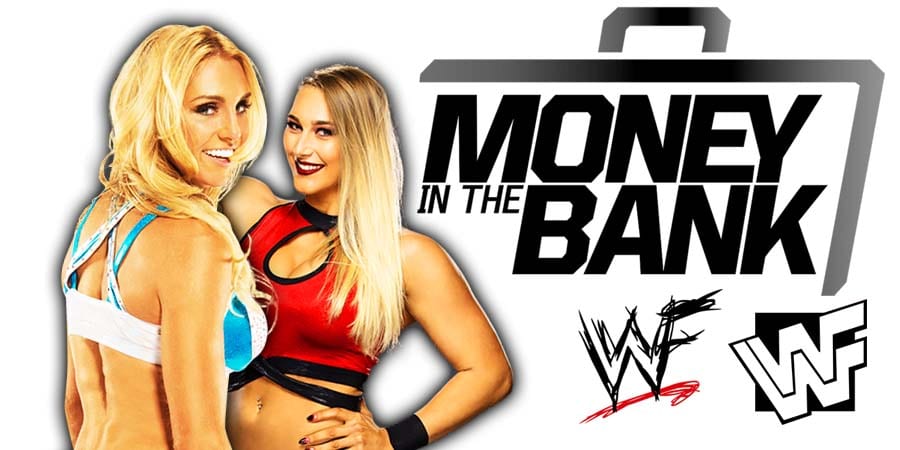 Up next is the WWE Championship match. Kofi Kingston made his way out first, followed by the All Mighty WWE Champion, Bobby Lashley.

Lashley is absolutely dominating Kofi in this match and Kofi hasn’t done anything. Lashley is just having fun by destroying the former WWE Champion.

After absolute domination, Kofi tapped out to the Hurt Lock.

Right out of the gate, @fightbobby looks more vicious than EVER. #MITB #WWEChampionship pic.twitter.com/39wlp4JY6V

Up next is the RAW Women’s Championship match. The Champion, Rhea Ripley, made her way out first, followed by “The Queen” Charlotte Flair.

During this match, the fans chanted “We Want Becky”.

After close back & forth action, Charlotte hit Rhea with a spinning back elbow and went for the cover by putting her feet on the ropes, but the referee caught her.

Charlotte hit Rhea with a Natural Selection by jumping from the top rope, but Rhea still kicked out!

Fans are chanting “This Is Awesome” and Charlotte agrees. Charlotte smashes Rhea’s head on the ring post and then her left knee to the post and ring stairs.

Charlotte then locked in the Figure 8 Leg Lock and Rhea tapped out!