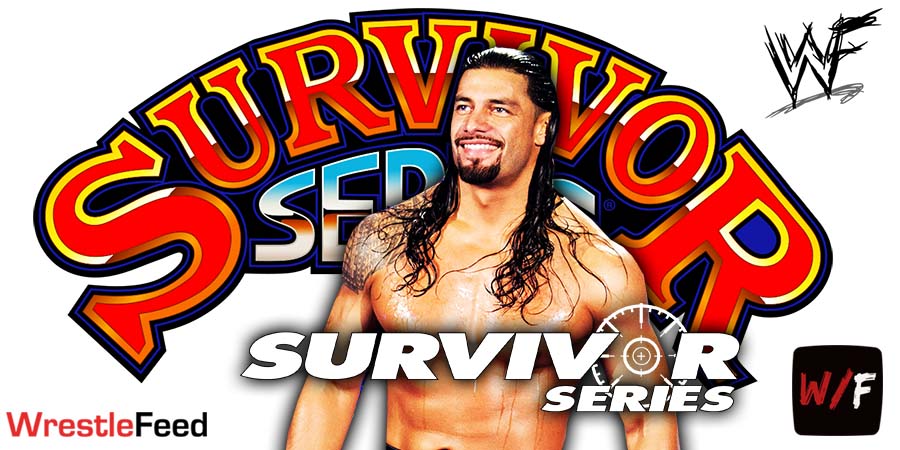 • More On Roman Reigns Possibly Getting Injured At Survivor Series 2022

In the main event of WWE Survivor Series 2022, Undisputed WWE Universal Champion Roman Reigns and his Bloodline picked up the win over The Brawling Brutes, Drew McIntyre & Kevin Owens in a WarGames match.

According to Fightful Select, Reigns was very angry backstage after the match because of an unplanned spot with Kevin Owens.

Owens slapped Reigns very hard during the match and this wasn’t the originally planned spot.

Roman said he possibly had a ruptured eardrum because of that and wanted the original spot to take place, and made it clear that he was very unhappy and even used expletives to express his displeasure.

Word going on is that there won’t be any extended heat on Owens, as this likely happened in the heat of the moment. Because of this, Roman didn’t appear in the post-PPV press conference.

In an update, the Wrestling Observer added the following about this situation:

“The story is accurate in the sense Reigns got upset after being popped, and had noticeable bruising under his left eye. There was talk of a possible broken eardrum but that was not confirmed to us.

What is confirmed is that it came from a slap by Owens, Reigns was upset, but 20 minutes later it had all blown over so there is no lingering issue regarding it.”

Reigns vs. Owens for the Undisputed Title is planned for Royal Rumble 2023.

Hayabusa was paralyzed after a botched Moonsault in 2001 and passed away from Cerebral hemorrhage in 2016.