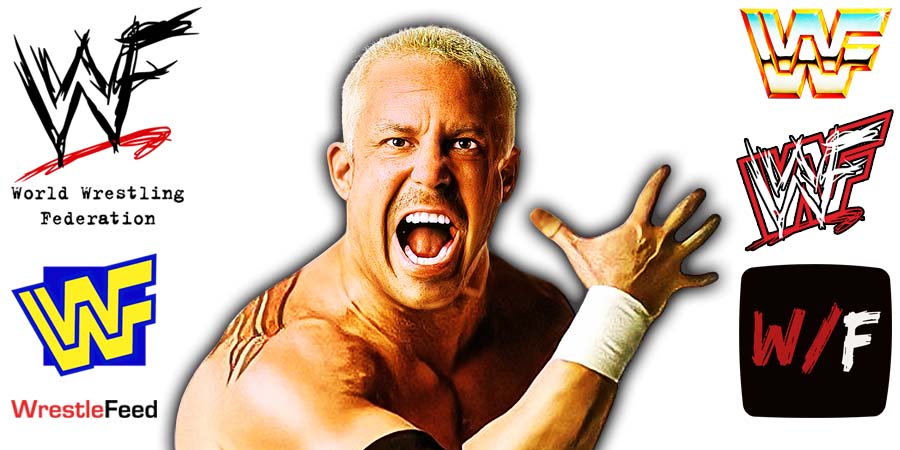 • Mr. Kennedy Reveals Original Plan For His Money In The Bank Cash-In From 2007

During an interview on INSIGHT with Chris Van Vliet, former WWE Superstar Mr. Kennedy talked about winning the Money In The Bank contract and 2007 and the original plan for his cash-in.

On the original plan being for him to cash-in on Batista to win the World Heavyweight Championship:

“I only had it a month and a half, two months maybe, and they came to me. I was riding with Matt Hardy. We had left the building early, which was unlike us. We usually stayed until the very end.

For whatever reason, we left early, and I got a call from Michael Hayes. He says, ‘Where are you guys? I need you to come back. Vince needs to talk to you in his office.’

I remember Batista coming out of Vince’s office, and we passed each other in the hall and he just came up to me and gave me a big hug, and he’s like, ‘You deserve it, bro.’ And I played stupid, ‘What do you mean? What do you mean?’

He laid out the scenario basically and he’s like, ‘You’re going to cash-in your briefcase, we’re going to have a new champion.’ And I remember him telling me that they were high on Batista at the time, that was their guy.

They felt like Batista needed to chase for a while, and they said, ‘When we feel the time is right, we’re going to put it on Batista, but we don’t know how long that could be. It could be like a month, or 5 months, or 6 months, or whatever.’

I remember I just said, ‘Look, I appreciate you guys saying that, but this is business and I’ll do what’s necessary.’”

On getting hurt and losing the MITB contract to Edge:

“I remember Hornswoggle drove me to the emergency room in Erie, Pennsylvania.

‘We’re going to take you to Penn State. Edge is going to challenge you for the briefcase, and then he’s going to go on and do what you’re supposed to do tomorrow night.’ ‘Okay’.

And I remember thinking at the time, ‘I’ve got a year to cash this thing in. Isn’t there some other way you can get it off him?’ But I didn’t say it. I sort of regret not saying it now.

I gave up the briefcase. The next day, I flew to Dr. Andrews’ table, and he’s feeling my triceps, and he’s like, ‘that’s not a tear.’”

Also Read: “This would never happen in a real fight” – Mr. Kennedy On What Wrestlers Are Told In WWE