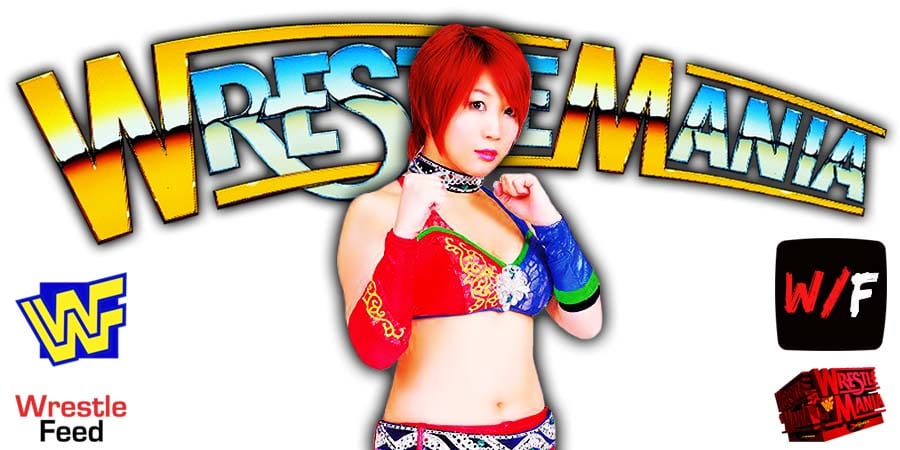 This Sunday at Elimination Chamber 2021 pay-per-view, Asuka will defend the RAW Women’s Championship against Lacey Evans (with Ric Flair by her side).

Asuka is expected to retain the Title against Lacey.

However, Lacey isn’t expected to get out of the Title picture with this loss.

We have been told that WWE officials are discussing a multi-woman RAW Women’s Championship match at WrestleMania 37.

The participants for this match are expected to be Asuka, Lacey Evans, Charlotte Flair (since Charlotte is involved in a program with both Asuka & Lacey), and possibly Rhea Ripley, if WWE wants to do a Fatal 4 Way match.

Since WrestleMania 37 is a two-night event, WWE have also discussed doing a rematch between Charlotte & Rhea, but there haven’t been a lot of discussions on that.

Also Read: Booker T Comments On Rumors Of Him Having A Match At WrestleMania 37

On this day in Pro Wrestling history on February 15, 1998, the World Wrestling Federation aired ‘WWF In Your House 20: No Way Out Of Texas’ LIVE on PPV from the Compaq Center in Houston, Texas.

Because of an injury, WWF World Heavyweight Champion “The Heartbreak Kid” Shawn Michaels was replaced in the main event of this PPV by Los Boricuas member Savio Vega.

– The Godwinns defeated The Quebecers