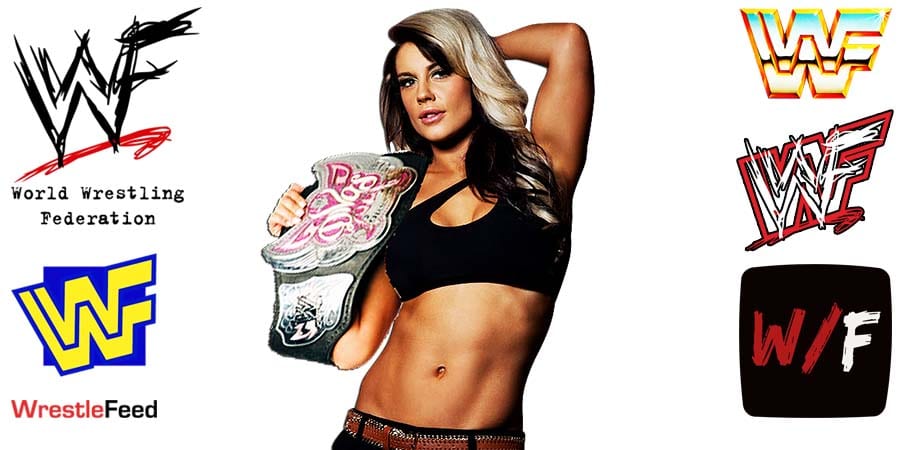 Kaitlyn (real name: Celeste Bonin) signed with WWE in 2010 and won Season 3 of the original NXT.

She then joined the main roster and eventually won the WWE Divas Championship.

She left WWE in 2014 and retired from Professional Wrestling. She came out of retirement in 2018 and competed in the WWE Mae Young Classic tournament that year. She also appeared on the RAW Reunion episode in 2019.

During a recent appearance on Renee Young’s podcast, Kaitlyn had the following to say about her time in WWE and asking for her release:

“My time in WWE, it would be easy to say it f**ked me up and I thought that for a long time and that’s why I didn’t do anything in wrestling for a really long time, until the [2018 Mae Young Classic]. That was such a big deal to me because I literally didn’t know how to process it.

Everything I looked at in wrestling, the painful sh*t and the things I went through and was struggling with during my time there.

I left wrestling because I thought I was just gonna get fired. I felt less and less relevant. I had so much shame I had gained all this weight, and like my body was just giving me every signal that I was not okay, emotionally, mentally.

I was in self-destruct mode, so I just asked for my release on a day that was a really sh*tty day.”

Also Read: “I was told at every turn to be skinnier and to be smaller” – Kaitlyn