Naomi won the competition, after which she got shoved by Lacey Evans, setting up a match between them immediately afterwards.

I don’t start mess I finish it ? @laceyevanswwe this ain’t over heffa (sorry brother @Uceyjucey I was trying to drag her not you ?)

“I would rather see all of you wrestle.”

She replied the following to him:

“Yeah me too, but a lot of times we have to turn chicken salad out of chicken sh*t. I’m so sorry.” 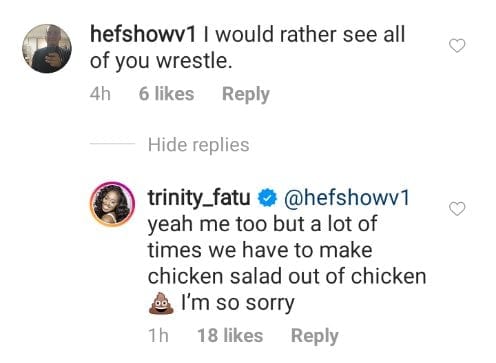 Naomi also replied to one of the fans on the same post that the women of SmackDown are constantly fighting for the better.