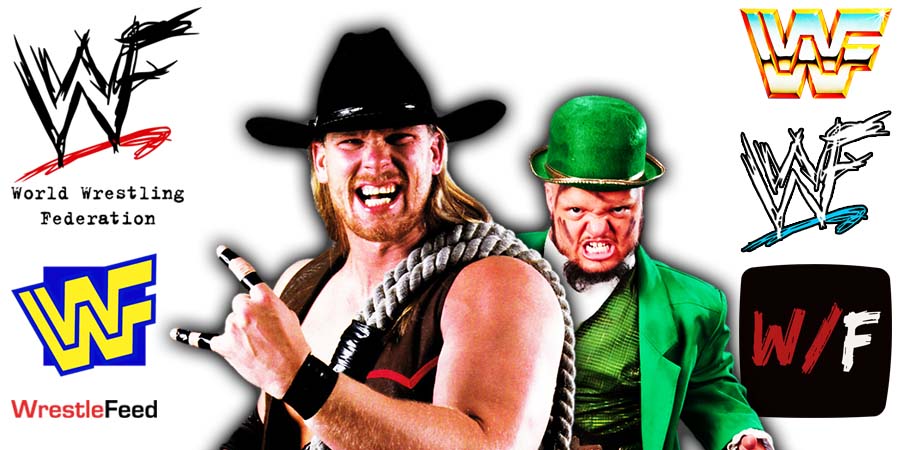 During an interview with Inside The Ropes, WWE Hall Of Famer JBL recalled one of the greatest ribs of all time, which was on former WWE Cruiserweight Champion Hornswoggle.

We called Debbie who said, ‘hey, we’ve got this video.’ We put it out there, they gave us clearance to put it out there. It was owned by one of the cameramen, I think, so technically, [WWE] didn’t own it but they always went through the right hoops to make sure we didn’t upset the apple cart.

But the planning of this rib was for Finlay to find out that Hornswoggle was scared of chickens because he saw him in a scene with The Great Khali, and he saw [Hornswoggle] jump from a chicken and then from the security guard, saying he wants to get him, to sending Davey Coates to go get a chicken and put it on the ring with him and to put a camera under there. This rib was very elaborate, and that to me is the ultimate rib.

I don’t like ribs where you tear up stuff or people’s property. I love stuff like this. I thought that was one of the greatest ribs of all time and it’s all Fit.

Finlay is a genius, he’s a very smart guy but he’s also one of these guys that you do not want against you because he will mess with you in a very entertaining way.”

Also Read: Finlay Tried To Sell Hornswoggle To A Cannibal

– Sting vs. The Terminator