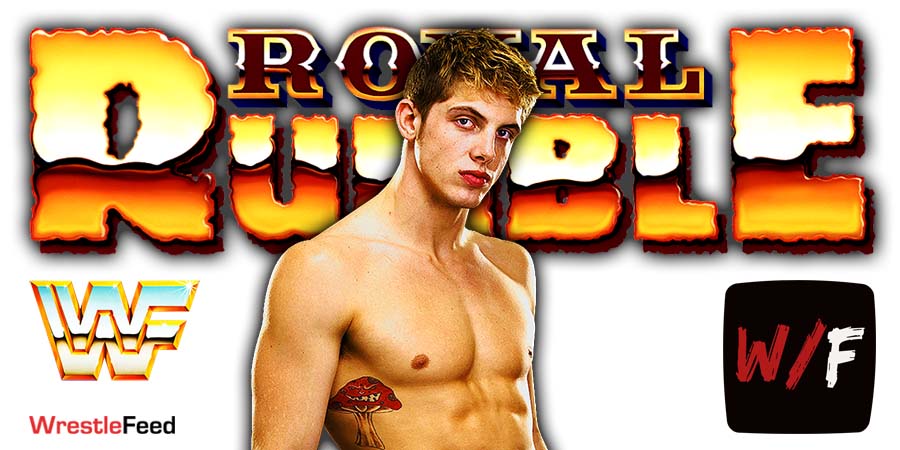 According to PWInsider, former RAW Tag Team Champion Riddle was the original choice to win the Men’s Royal Rumble 2022 match.

However, the plan was changed multiple times and Vince McMahon decided to go with Brock Lesnar in the end.

As we noted earlier, the Men’s Royal Rumble match literally had 20 changes made on the day of the show and even during the match.

At one point, there was a pitch to have Randy Orton win the match in his hometown of St. Louis and equal “Stone Cold” Steve Austin’s record of winning 3 Royal Rumble matches, but they obviously didn’t go with that either.

Prior to the match, Big E was the betting favorite along with Brock Lesnar, but he was never discussed to win this match.

At least Riddle got one of his biggest wish fulfilled during this match – work with Brock Lesnar. Lesnar hit him a few times and then threw him out of the ring.

It was broadcasted from the First Union Center in Wilkes-Barre, Pennsylvania and featured matches, interviews & segments on the road to the ‘WCW SuperBrawl 2000’ PPV.

3. Billy Kidman vs. The Wall

4. The Total Package vs. Brian Knobbs