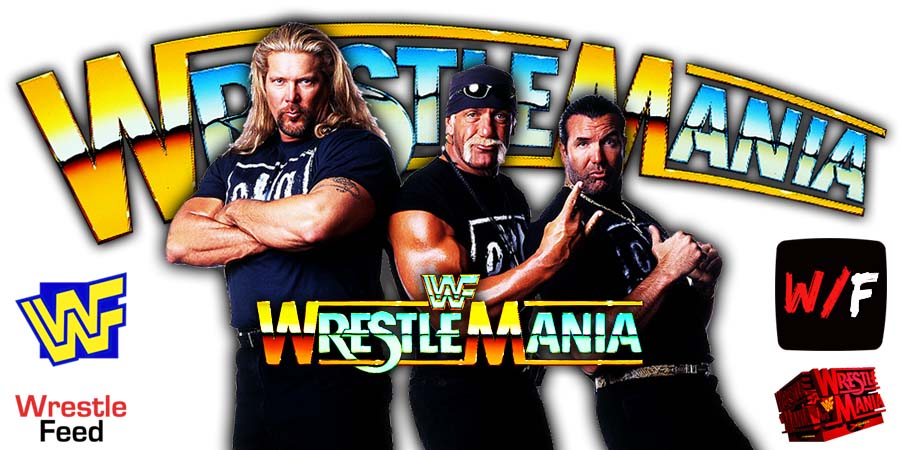 • Original Plan For The nWo At WrestleMania 38

This was the 2nd Hall Of Fame induction for all the above stated men.

The WWE 2K22 video game is out and the “nWo 4 Life” version of this game is available as well, which costs more than the normal version of the game.

According to Fightful Select, WWE had invited the nWo to promote their version of WWE 2K22 at WrestleMania 38:

“Ahead of Scott Hall’s passing, Fightful heard that WWE had planned to bring in him and other members of the New World Order to WrestleMania weekend for a promotional spot for their new WWE 2K22 game.”

No word yet on if these plans are still in place after Hall’s death.

It was broadcasted from the Bryce Jordan Center in State College, Pennsylvania and featured matches & storyline segments on the road to the ‘WWF Backlash 2002’ PPV.