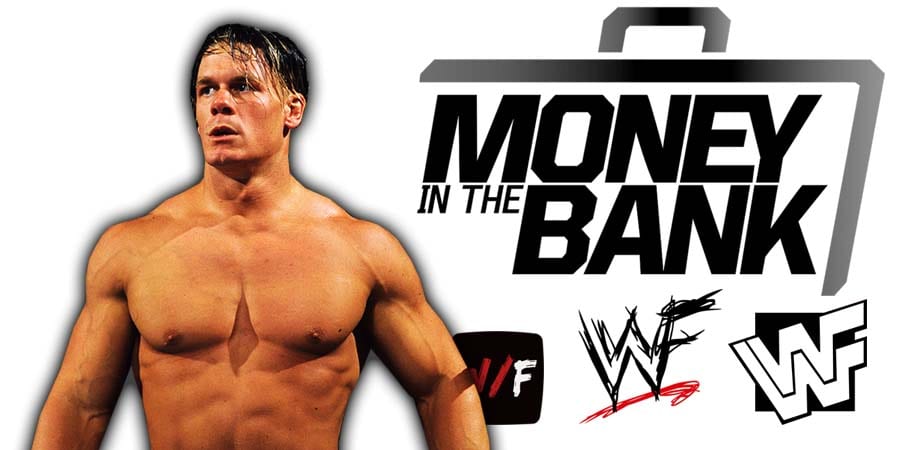 Theory lost the United States Championship to Bobby Lashley earlier in the night and wasn’t even a part of the Ladder Match, but he was added to the match at the last minute by Adam Pearce (most likely after being ordered by Vince McMahon to do so).

After the show went off the air, Theory cut a promo and called out WWE Legend John Cena by saying his time is now and that he’s the best in the ring.

Theory to John Cena after #MITB : "My Time Is Now!" pic.twitter.com/eBh1pzvINj

As seen on the June 27th episode of RAW, Theory insulted Cena in a backstage segment.

After this, Happy Corbin attacked Pat McAfee and then celebrated with Theory.

Corbin delivered the End of Days to McAfee on the floor. You can watch it below:

Tap here to read the complete results from Money In The Bank.

Also Check Out: Pat McAfee Attends UFC 276 Along With The McMahons After Money In The Bank 2022 (Photo)