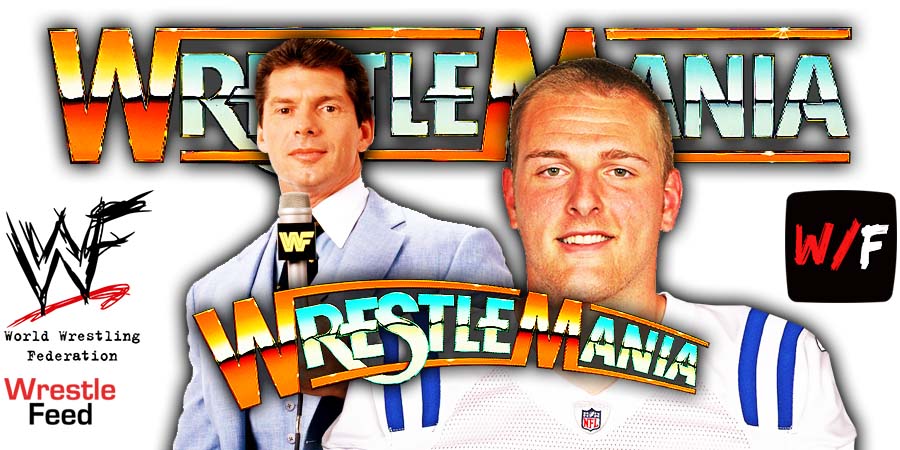 SmackDown Commentator Pat McAfee said the following about this situation on his show:

“Yesterday, the WWE, I know less than everybody else. This is just me, I don’t know sh*t about f**k. I go in, do my thing, say hello to everybody, I’m out. I’m in, maybe the most awesome situation in the history of WWE for anybody.

I’m a lifelong fan of the company, but I’m not part of anything. I’m part of no groups, I have no locker room. I literally bounce around, do my thing, and I’m out. It’s designed to be that way, I think Michael Cole and everyone have set it up to be that way.

‘This is the best way for this to happen, let’s keep him out of everything. He comes in and does his thing.’ I’m very fortunate, lucky, and I love that job.

Outside looking in, it’s like, [makes a curious face]. After watching Succession, anytime a board is trying to do something, it’s hard not to be like, ‘woah, woah, woah.’

Yesterday, on the Internet, there was a lot of ‘who is, what is.’ I’m going there tomorrow. I’m excited to hear the chatter. Obviously, what is being alleged is not fantastic at all, it’s terrible. There will be full investigations.

Succession has ruined my life. It’s completely ruined my life. Yesterday, when this hits the internet out of nowhere, I’m like, ‘Oh my God.’ It’s hard not to start piecing things together and be like, ‘you could see how that person would want…then that…if that was happening…how does this not come out?’

Will you ever get the truth? No, hopefully, we get part of it though. That’s what everyone is hoping for. There were like 6 people at the WWE trending #1 yesterday. Out of nowhere.

You open the trends and all the tweets are…’Oh, this person obviously did….did you hear this story from this person?’ For a good 9-10 hours, it was just, ‘holy sh*t, I’m learning a lot about a lot of things.’ What’s real, what isn’t? Who knows.

Hopefully, I’ll find out at some point. Hopefully, we all will. Who knows how that whole thing will go. It sounds incredibly problematic.”

Vince appeared on The Pat McAfee Show earlier this year, before WrestleMania 38.

• Legendary Old School Manager Would Have Celebrated His Birthday

Today would have been the 80th birthday of legendary Old School Manager “Number One” Paul Jones (Real name: Paul Frederik).

Paul Jones wrestled for several NWA territories during the 60s, 70s & early 80s, but most of you Old Schoolers out there will probably remember him as the manager of his very own stable “Paul Jones’ Army”.

For most of the 80s Paul Jones & his army feuded with popular babyface ‘The Boogie Woogie Man’ Jimmy Valiant.

The feud ended when Turner bought ‘Jim Crockett Promotions’ and both Jones & Valiant left the promotion.