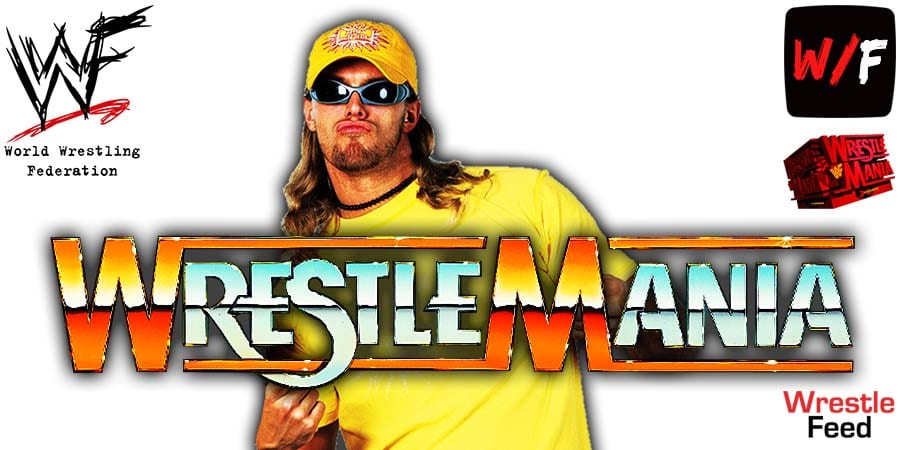 • Paul Heyman Apologized To Edge Ahead Of WrestleMania 37 (Night 2)

During the latest episode of Talking Smack on Saturday morning, Paul Heyman apologized to Edge for what Universal Champion Roman Reigns is going to do to him tonight at WrestleMania 37.

“I do know you, I do like you, I do respect you, I do admire you. I wish my children aspire to be the man that you are, to live out their dreams at all costs, but the price that you’re gonna pay to live out the dream…Edge, it’s not worth it.

I am so sorry for what Roman Reigns is going to do to you. I’m sorry, I really am. I’m sorry that it has to end this way for you, and I wish I could stop it, but I can’t…because there’s no counsel that I could offer him that’s gonna stop him from doing what he has to do to stop you.”

Edge then held the back of Heyman’s head and reminded him of his Hardcore Match with Mick Foley from WrestleMania 22.

Edge said he suffered second-degree burns, barbed wire punctures, and dozens of thumbtack injuries in that match, which means he can handle whatever Reigns plans on doing with him.

Also Read: 7 Things That Might Happen Tonight At WrestleMania 37 (Night 2)

Today would have been the 78th birthday of Old School NWA/WWF/WCW Legend “King” Harley Race.

Harley was inducted into the 2004 class of the WWE Hall of Fame by his old rival, “The Nature Boy” Ric Flair.