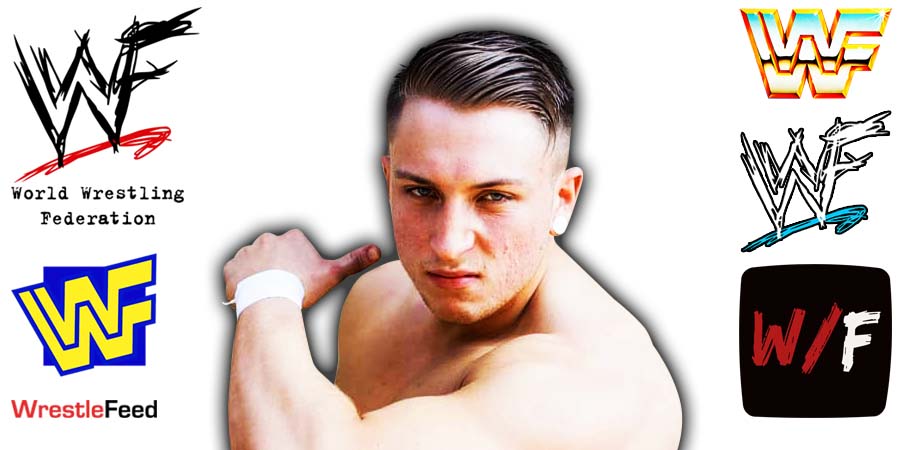 • Pete Dunne Comments On WWE Changing His Name To Butch

During an interview on the ‘My Love Letter to Wrestling’ podcast, new SmackDown wrestler Butch (fka Pete Dunne in NXT) talked about WWE changing his name after his main roster debut, working with Sheamus & more.

On his new ring name on SmackDown:

“I mean it’s just different but I think it’s time to change it up a little bit.

Like I said, 5 years, fresh start, why not try something a little new? And the thing is with me, whether it’s a name or whatever it is that changes, that’s not really what endeared me to the audience in the first place, right?

It’s the — I like to think anyways it’s the quality of the in-ring work and that’s what I’m gonna keep the same of course. It’s gonna get better, it’s gonna improve as time goes. So that’s sort of my perspective on it.

If I can endear the crowd with the quality of my in-ring work, that’s what I’m looking to continue to do.”

“[Sheamus] would have been a name on that list to work with too. He’s someone I crossed paths with a lot but, we started around the same time when — might have been in the UK… obviously, we haven’t known each other that long but, we definitely have more in common than we think we would and it’s good to see how excited he is for all this as well.

He’s been there so long and he’s still excited about the prospect of that and seeing how far we can take it so, that’s endearing to come in and see that veteran up there who’s still, you know, he wants to kill it and he wants to make my name grow bigger and he wants to help me and Ridge [Holland] make our names solid so, yeah, he’s a good guy.”

It was pre-taped at the Allstate Arena in Chicago, Illinois and featured mid-card matches on the road to the ‘WWF WrestleMania 2000’ PPV.

Mean Street Posse vs. The Headbangers