It was pre-taped at the Worcester Centrum in Worcester, Massachusetts and featured mid-card matches & highlight videos on the road to the ‘WWF Royal Rumble 1999’ PPV.

– The Acolytes vs. Animal & Droz

As we have noted before, the ticket sales for this week’s episode of AEW Dynamite in Memphis weren’t good.

Below is a shot of the low attendance that you didn’t see on TV: 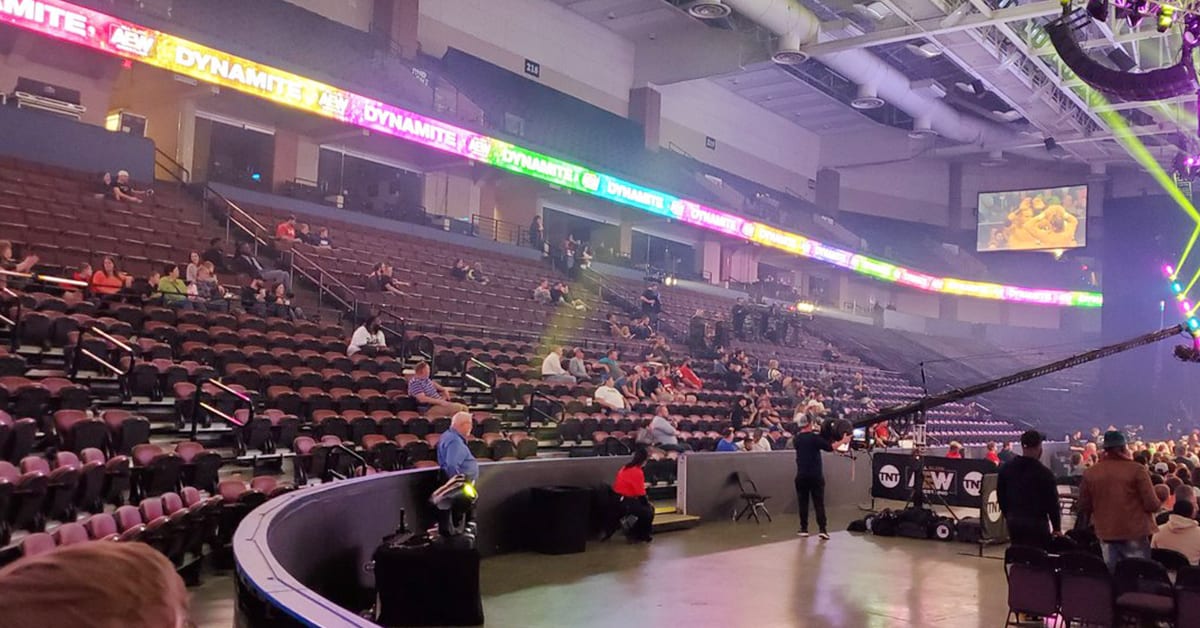 This photo was taken after the first match on AEW Dynamite.

Below are the results from this week’s AEW Dark tapings (which will air next week on YouTube):

– Nyla Rose vs. Shanna never began as they brawled before the bell rang. Shanna ended up putting Nyla through a Table

Also Read: WWE Hall Of Famer To Wrestle On Next Week’s AEW Dynamite’s Bash At The Beach Special