8. Backstage Heat On Cesaro
After the promo that Cesaro cut on the Draft edition of SmackDown Live, there is said to be backstage heat on him. It should be noted that the promo was not scripted and were Cesaro’s true thoughts.

Speaking of that promo, Cesaro’s stats were botched big time and below is a pic: 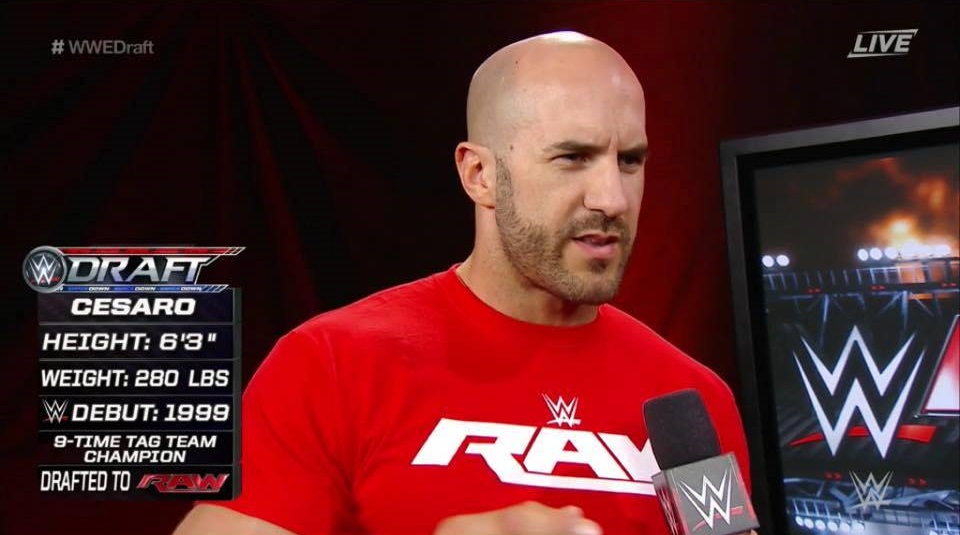 Former NXT Women’s Champion Bayley made her main roster debut at Battleground 2016, as she was revealed as the mystery partner of “The Boss” Sasha Banks.

The team of Sasha & Bayley defeated WWE Women’s Champion Charlotte & Dana Brooke when Sasha made Charlotte tap out to the Bank Statement.

Also at Battleground 2016, Rusev defeated Zack Ryder to retain the United States Title. Rusev continued to attack Ryder after the match and this led to Mojo Rawley, Ryder’s tag team partner in NXT, make the save and stare Rusev in the face. Rusev left the ring without doing anything.

Not in my hometown @RusevBUL. Not in DC. Leaving that ring was the best decision you ever made. #YouAintHyped. @WWE #Battleground

This was Mojo’s WWE main roster debut (he got drafted to SmackDown).